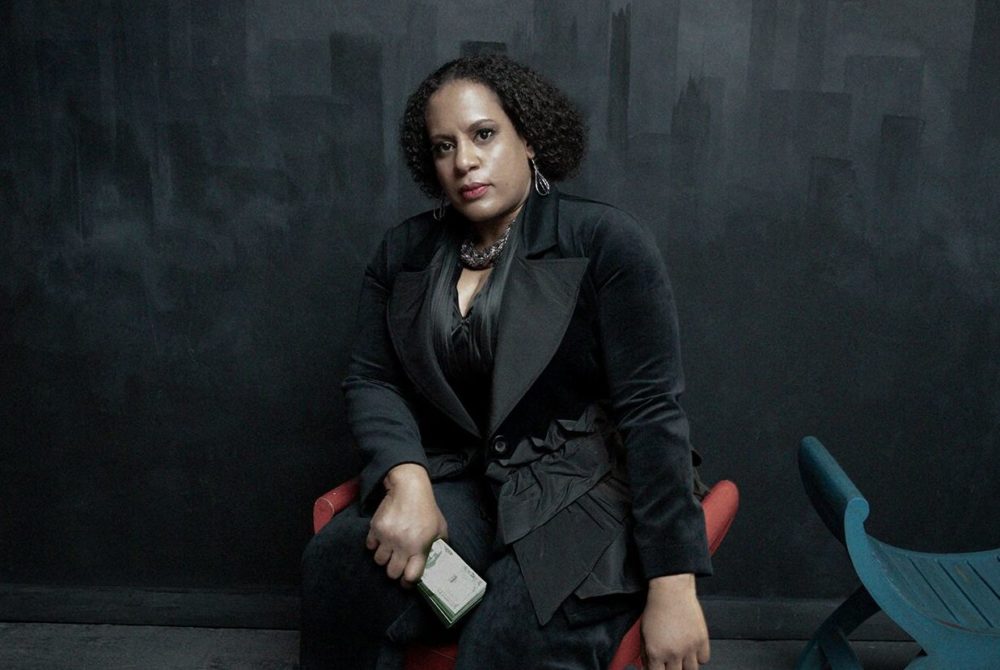 This week, Facebook announced the launch of its new cryptocurrency, Libra. The social media giant’s new digital currency is also a platform. The purpose, according to Facebook, is to create “a simple global currency and financial infrastructure that empowers billions of people.”

As with other cryptocurrencies such as Bitcoin, Ethereum, and Komodo—there are currently over 1,600 cryptocurrencies out there—the idea is to decentralize money—allowing people to buy, sell, and invest without the need for banks and other financial institutions.

Emilie Jerard is a cryptocurrency enthusiast, advocate, and expert. She provides advice on building wealth through “crypto” on her website, her YouTube channel, and her podcast, Crypto Talk.

Jerard, whose day job is working for Newark, New Jersey’s Medical Examiner’s Officer and Columbia University—she prepares human tissue for pathology analysis and has degrees in Biochemistry and Molecular Biology— is excited about the prospects of Libra and explains why you should be too.

“It’s wonderful,” she says about the Libra announcement. “Crypto is something that needs a platform—international. Now it’s tied to a company that everyone knows about. [Facebook] has a huge user base (Facebook has about 2.38 billion monthly active users as of March 31, 2019).

“Facebook is a big, big player. They are definitely going to change the conversation,” on crypto, Jerard says.

Others in the crypto space agree. According to Nigel Green, the founder and CEO of deVere Group, one of the world’s largest independent financial advisory organizations, Facebook’s entry into cryptocurrency is “another nail in the coffin for traditional banks.”

“Facebook’s launch into cryptocurrencies tells us two things. First, the role of traditional banks will decline at a quicker rate than many had previously predicted. Facebook’s Libra cryptocurrency will be able to transact across traditional payment rails. They have partnered with PayPal, Mastercard, Visa, and Stripe, amongst others to fuel merchant acceptance of the digital currency,” said Green via a released statement.

“If you have cryptocurrency on these payment methods, the purpose of and use for traditional banks will surely shrink.

“Cryptocurrencies and fintech [financial technology] solutions are already taking business away from banks. They are filling a gap left by the traditional way of doing things as the world speeds up and becomes increasingly globalized and digitalized.”

Green says that Facebook’s presence in the space is significant. “Tech giants entering the cryptocurrency sector indicates that digital money, as a concept, is fully mainstream and inevitably the way the world is going.”

A ‘Game Changer’ in Crypto

There is another game-changing use for it, says Jerard. People worldwide will have the ability to send and receive money to and from anyone.

“I can send people money, U.S. dollars,” she explains. “What is considered ‘fiat.’ Fiat is any money backed by a government; the U.S. dollar, the pound. I can send a Libra coin to someone and then they would take that and convert it into whatever money for their particular country.”

Jerard is concerned about the lack of diversity in the crypto space and the lack of awareness about it among black people.

“All black people should have some type of cryptocurrency,” she advises. “It’s all about getting into this now before it becomes too restrictive.”

She offers several tips for black people to get into cryptocurrency, and perhaps Libra when it becomes available and answers several FAQs:

When is Libra going to be available?

According to Jerard, Facebook announced availability within 6-12 months. However, that may be delayed as the new currency undergoes anticipated scrutiny from European and U.S. financial regulators.

How much should you buy when Libra becomes available?

“As soon as it comes out, buy whatever your budget will allow you to buy. As it increases in value, convert it to whatever your fiat is. The rate of return against whatever the government [sets] is so huge,” she says.

“With crypto, we’re talking about percentages of 200%, 1,000% and that’s the type of rate of return I’m looking for. This is a better use of my money. But I don’t gamble with it. I’m a long-term investor, a “HODLr,” which is ‘Holding On for Dear Life.’

I look at cryptocurrency as a 10-15 year strategy. I have a portfolio of ones that are really good. They have a good use case, they have good developers, the backing behind them is very solid.”

Jerard says it’s important to research the company behind any cryptocurrency you may be considering investing in.

What about security concerns with Facebook’s platform?

“There are definitely security concerns, “ says Jerard. “What I tell everybody; whenever you buy cryptocurrency have your own wallet that only you have the private key for.”

Digital coins are stored in what is known as digital wallets. These wallets can be online, apps, or actual encrypted USB drives.

She says the best digital wallets are not online though or stored on anyone’s platform. “Put your cryptocurrency in your wallet.”

Jerard has made it her mission to educate people about crypto. She often gives tutorials in churches and at different functions.

“I want to make [the crypto space] accessible,” she explains. “It’s great. It’s very democratic. And I believe that it’s the future.”

You can download Jerard’s ebook which offers a free crypto tutorial, here.

Disclaimer: The investing advice provided here is solely the advice of the subject’s and not Black Enterprise’s. As all investments pose some financial risk, please consult with your accountant or financial planner before making any investments.