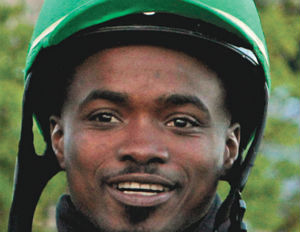 Tonight, Kevin Krigger, 29, originally from St. Croix will be riding Goldencents, a thoroughbred with a good shot at taking the title at the 139th Kentucky Derby at Churchill Downs in Louisville, Ky., the Afro American reports.

If he is successful, he will be the first black jockey to win the title since 1902

Though there are few black jockeys today, that was not always the case. In the first Kentucky Derby, run in 1875, 13 out of 15 of the jockeys were African American and 15 of the first 28 jockeys who won the derby were Black. Many of the Black jockeys who rode in the early days also cared for the horses and some were former slaves.

Read more at the Afro American