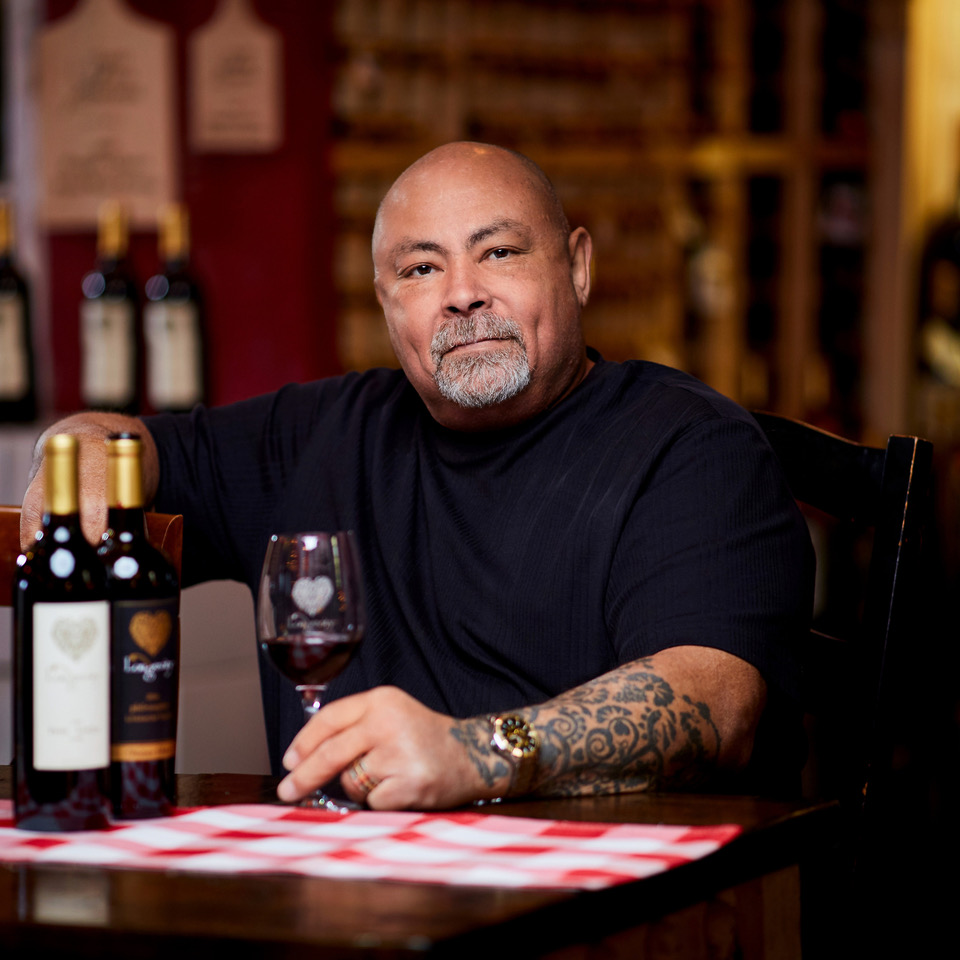 Two tough years in the making, there were days when Longevity founder Phil Long, 60, wasn’t sure the marriage of his small business, one of the nation’s few certified black-owned wineries, with Bronco Wine Co., one of the largest wine producers in the U.S., would happen.

But in early March, Long found himself in Texas, launching two new Longevity wines bottled by Bronco in quantities way beyond anything Long could have produced on his own, all earmarked for distribution in major outlets most small winemakers don’t even dream about.

“I’d been making 150 cases of Longevity’s white label chardonnay here a year,” says Long, sitting in his boutique northern California winery, surrounded by wine barrels and awards, including one for 2018 Livermore Valley Winery of the Year.

“With Bronco, we started by making 2,700 cases each of white label chardonnay and cabernet sauvignon, with the expectation that they’ll be gone quickly. As I watched the first bottles being filled at Bronco’s plant in November, I realized I’ve been a wine peddler,” Long reflects. “That all changes now.”

But no sooner did Long arrive for the Texas launch of his two new wines with Bronco than COVID-19 hit the U.S., and the big moment he had been waiting for evaporated. He returned to his Livermore Valley shop and braced himself. “I knew the winery would take a hit, but I hoped the new line with Bronco would offset that,” he says. “I never would have predicted what’s actually happened.”

By the first week in April, sales were up 100%, says Long, even though Longevity was no longer open for popular weekend tastings. But by the last week in May, sales were down by more than 75%.

Then George Floyd was killed by Minneapolis police and the ensuing outcry called attention to not only black lives, but black businesses.

“We are gaining Instagram followers at a rate of 100 per day because of the Black Lives Matters movement,” says Long, who is president of the American Association of African-American Vintners. “I’m seeing a massive increase in online orders as people promote black businesses and urge their support. It’s mind-blowing.”

Long was overdue for some good news. When the prospect of the Bronco partnership first surfaced in September 2017, his wife, Debra, was already a year into her battle with stage four pancreatic cancer. Between caring for her and their business, he didn’t have much time or energy to focus on courting Bronco.

But he knew the partnership would enable his company to scale, far surpassing its 3,000-case-a-year peak production level and enabling Longevity to have a national presence in outlets like Krogers, Safeways, Lucky, Target, and Costco—“basically everywhere you see wine,” Long says.

Longevity’s being a certified minority-owned business heightened its appeal for Bronco along with the love story at the heart of the brand, according to Joey Franzia, Bronco’s national sales and marketing director, who told Wine Business Monthly that Long’s passion for the business was also a draw: “He has developed an exceptional brand, with a great pedigree, and we saw an opportunity to share in his vision and grow in the distribution channel.”

While neither Long nor Bronco reps would reveal sales projections, he says the deal will undoubtedly transform Longevity’s fortunes and his family’s. As of June 1, more than 12,000 cases of the two new Longevity varietals had already been bottled and Long says, “It would have been more if not for COVID-19.”

Longevity was launched in 2008 with $40,000 of an unusually high bonus from Long’s full-time job as creative director at Rapid Displays. In 2011, Debra quit her job to devote herself to their winery full time. By the time Phil quit his job in 2014, they had invested roughly $20,000 more in Longevity and the wines were starting to make waves.

“From the beginning, I’ve had my hand in every detail,” says Long who created the company name and logo—a heart of interwoven grapevines made for Debra which graces every Longevity bottle and is also tattooed on Long’s arm.

Debra died in January 2019, just before the Bronco deal was finalized. “I really wish she’d been here,” says Long. “Every aspect of this has been my baby, and it’s also Debra’s legacy, so it’s very important to me.”

Long says he had to steel himself for the new reality. “The first fear I had was letting go of what we started from scratch,” he says. “Then I realized it’s a partnership. I’m not letting go, I’m expanding. I’m still the winemaker, I’m the face of the brand, I’m the spokesperson, so it’s really a tremendous opportunity.”

Long blended each new flavor profile personally. On Winebusiness.com, Jim Gordon, who rates wines for Wine Enthusiast magazine, describes Longevity’s 2018 Chardonnay as “clean and bright in the mouth, bursting with flavors of honeydew and lemon.” He was equally enthusiastic about the “rustic, plum colored” 2017 Longevity Cabernet Sauvignon. Both will retail for $15.99, which Long describes as the “sweet spot for everyday table wine.”

The bottles are also sealed with a new Helix cork that doesn’t require a corkscrew. “It’s like opening champagne and the cool thing is you can put the Helix back in and save the wine to finish later,” says Long.

While little has gone as planned given all the world-changing events since March, Long, who works alongside his namesake son and a small staff, has no complaints.

“I anticipated becoming the spokesperson for African American vintners and owners over the next several years, but due to the current environment, I have become that overnight,” says Long. “I’m still a little bit dumbfounded but I’ll take it. I want the world to know black vintners are out here, and we have a lot to offer.”