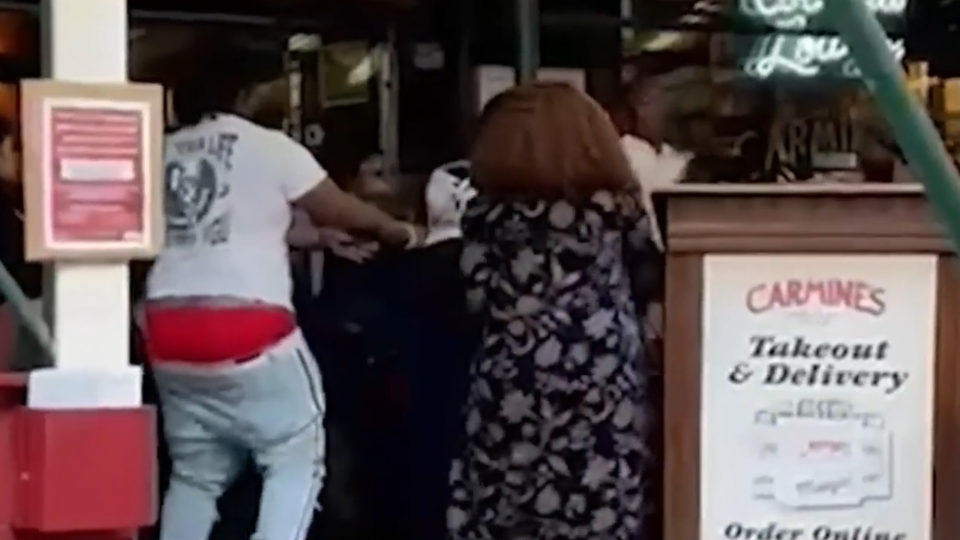 Last week, a fight broke out in a popular New York City restaurant after a white hostess and three Black women from out of town became embroiled in a dispute over showing proof of COVID-19 vaccination.

After the women, who are facing charges in the brawl, said the hostess used a racist term in the incident, Black Lives Matter is planning a protest. According to the New York Times, the co-founder and chairman of Black Lives Matter Greater New York, Hank Newsome, said that the group plans on staging a protest at Carmine’s, a popular Italian restaurant on Manhattan’s Upper West Side.

A statement from the New York Police Department confirmed that police officers responded to an assault in front of Carmine’s. The incident involved a white 24-year-old hostess who was reportedly attacked after getting into a heated dispute with the three Black women after requesting to see their COVID-19 vaccination cards.

The three women have been charged with assault and criminal mischief.

Over the weekend, attorneys for the restaurant clarified that the women provided proof of vaccination. The incident took place after two men, who were joining the three women at the door, did not have vaccination cards.

Justin Moore, an attorney who is representing one of the women, Kaeita Nkeenge Rankin, said the hostess spewed a racial slur and spoke condescendingly to the patrons. She suggested that their vaccination cards were fake, said Moore, who added that the hostess assaulted them and described the fight as “mutual combat.”

“They also heard the hostess say, ‘Yeah, you guys can leave my restaurant,’ or something very aggressive like that,” Moore said in an interview. “When Rankin hears that, she turns around and addresses the hostess. She tells her: ‘This isn’t your restaurant. You’re just a staff member here. Please address us with respect.’”

Carolyn Richmond, an attorney for Carmine’s, dismissed the allegations of racism.

“Nothing about this incident suggests race was an issue,” Richmond wrote in an email to the Times. “The pandemic has added a key responsibility to the host position—insuring the safety and health of all employees and guests by checking for proof of vaccination in compliance with New York City law.

“The idea that anyone would become violent as an employee performs this necessary function is anathema to New York, the hospitality industry and New Yorkers in general,” she added. “As all of the women showed proof of vaccination they were all permitted to enter and were in fact seated inside.”