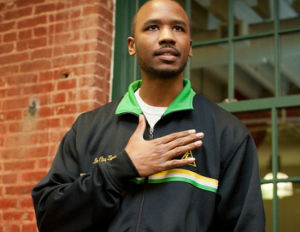 The John S. And James L. Knight Foundation is giving black men the opportunity to “connect and engage through one another online and through networking events,â€ through their Black Male Engagement initiative, which began two years ago.

CBSPhilly recently reported on the BME program, speaking with Alex Peay, “founder and president of Rising Sons, a group that works with men age 18 to 28 to help them gain work skills through civil engagement,â€ who received a grant from BME in 2012.

Peay goes on to mention several other young, black men working to make a difference including 20-year-old Will Douglas aka Project X.

“I’ve known him since high school and he got involved in gang violence after graduation. Out of nowhere he was on my porch saying he needed a place to stay…Now he’s in Pierce College studying African-American studies. He’s a devout Christian now, he’s a poet now.â€

Black men across the Midwest and North East are using BME to create new conversations about the state of African American men, and show people that they are doing more than what’s portrayed in the media. Steven Scott Bradley, President of Bradley & Bradley Insurance and President of the African American Chamber of Commerce, says he got involved with Black Male Engagement to “show there are many ways black men find success,â€ reports CBSPhilly.

“I’m the youngest out of seven. And I’m a first generation college graduate,â€ says Bradley. “I always wanted to work in corporate America. But I always had a passion for my community and for being a positive role model.â€