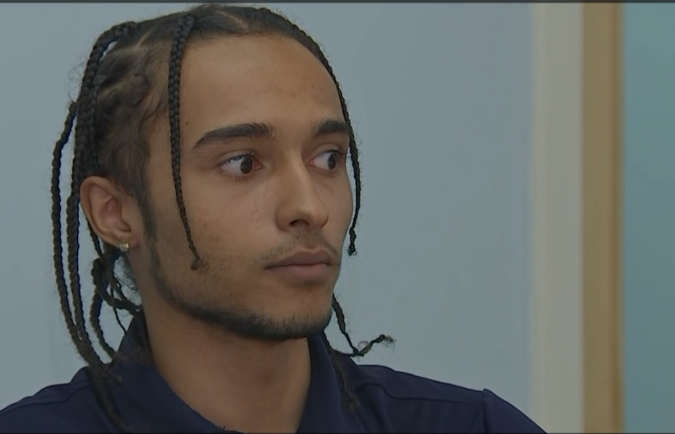 A federal civil rights lawsuit filed Wednesday accuses a Boston police officer of pinning a 20-year-old Black man to the ground and placing a knee into his neck during the officer’s pursuit of a white suspect.

Donovan Johnson was on his way home from work in February 2021 when a white officer who had been chasing after a white suspect ran up to Johnson, drew his gun, and threw him face first into the snow-covered ground, WCVB reports.

In the lawsuit, Johnson alleges telling the officer, “I can’t breathe!”, but the officer “continued to pin Mr. Johnson to the ground with his knee,” while the white suspect cops had been after “was left unattended.”

Johnson ended up being searched, handcuffed, and placed in the back of a patrol car before being released with no charges. Now he’s filed a civil rights lawsuit accusing police of violating his constitutional rights.

“This is the type of police misconduct that is precisely what fuels the mistrust between communities of color and law enforcement,” said Mirian Albert, staff attorney at Lawyers for Civil Rights.

Lawyers for Civil Rights (LCR) filed the suit on Johnson’s behalf in Boston federal court against the town of Arlington, Massachusetts, and three of its officers, Boston.com reports.

The incident occurred during the early evening of February 10, 2021. Police were responding to a call from Homewood Suites Hotel in Arlington about a white male suspect, who was known to both the hotel and police for an earlier theft, the lawsuit states.

According to LCR, the suspect immediately told officers that he didn’t know Johnson, but police officers apprehended him anyway.

“The white officer kept yelling for me to get on the ground while he held me at gunpoint, and he refused to listen when I told him that I was just walking home, and I didn’t know this other man,” Johnson said in the statement.

With the incident occurring just minutes from Johnson’s home, he no longer feels safe in his own community, the lawsuit states. LCR hopes the lawsuit will enforce systematic changes in the department that would “eradicate racial profiling practices.”

“This is the type of police misconduct that is precisely what fuels the mistrust between communities of color and law enforcement,” Albert said.