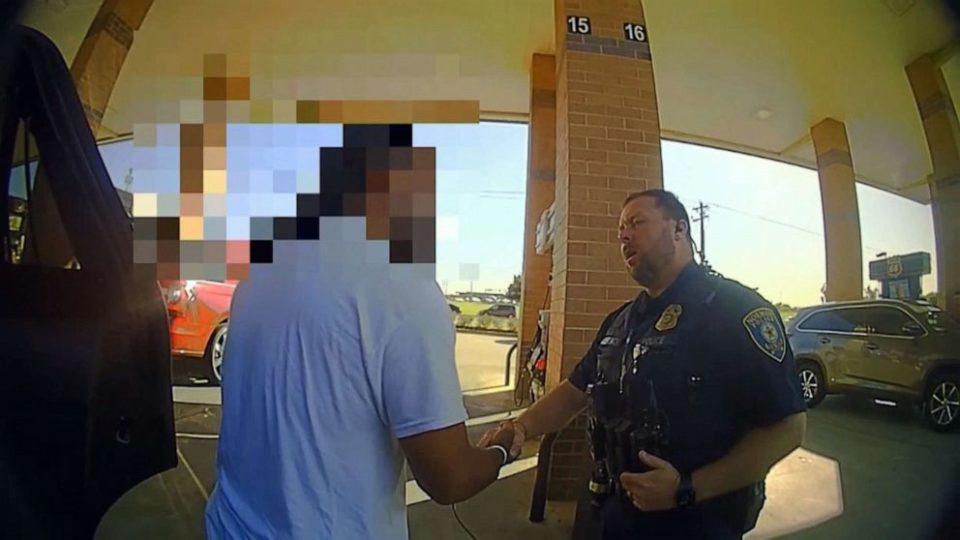 A Black man in Oklahoma is demanding action against the White people who called 911 on him and falsely accused him of committing a crime.

Steven Bomar was held at gunpoint on June 15, handcuffed, and placed in the back of a police car at a local gas station. Body camera footage shows officers aggressively approaching Bomar while he pumps gas into his car, according to KOCO 5.

After the officer told Bomar to place his hands behind his back, Bomar asked what he did to get arrested.

“We’ll tell you in a second. Someone called in on you,” the cop said in response.

It turns out, a driver had called 911 and reported that a Black man in a red Suburban pulled a gun on him near 24th and Robinson. The caller, a White person, claimed the Black man pulled a gun on him after cutting him off on the road. But Bomar claims he never brandished any weapon after the caller cut him off and called him the N-word.

“They cut me off at the Carl’s Jr. They rolled their window down, called me a (N-word),” Bomar told the officers. “I didn’t say anything to them. Didn’t give them a reaction. I just kind of chuckled at them, and they followed me for like 3 or 4 miles. And now, you guys are pulling me over.”

Now Bomar is demanding that the caller be reprimanded for putting his life in danger, according to ABC News. On Wednesday, Lt. Cary Bryant, a police spokesperson, revealed that investigators have yet to locate the motorist who made the false complaint.

“It’s still under investigation,” Bryant said. “We take every one of those calls just as seriously because you never know in today’s climate. For the officers, they hate being in that position, too.”