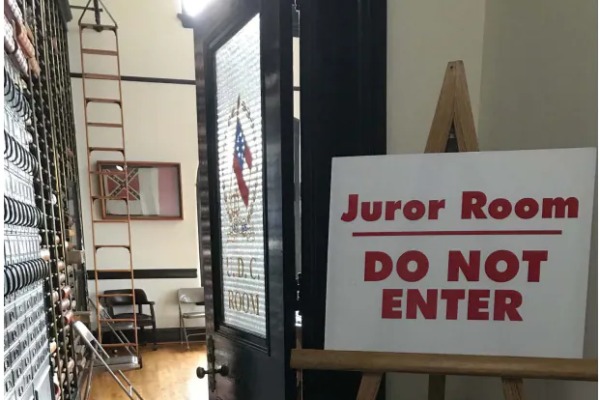 Tennessee’s Criminal Appeals Court has issued a new trial to a Black man whose fate was initially decided by an all-white jury who deliberated in a room filled with Confederate symbols.

The Tennessean reports that Tim Gilbert received the new trial on Friday more than a year after being sentenced to six years in prison for charges connected with a 2018 altercation. In June 2020, Gilbert received the initial sentence from an all-white jury who deliberated in a room containing an antique Confederate flag and a portrait of Confederate President Jefferson Davis.

Now Gilbert and his attorney argue that the symbols on display at the Giles County Courthouse—along with the jury being all white and the allowance of specific evidence—violated his right to a fair trial. The ruling for a new trial comes after the Appeals court found enough evidence to support that the jury may have been influenced by the Confederate symbol-filled room while deciding on Gilbert’s innocence.

The Guardian reports that Gilbert was convicted of aggravated assault, reckless endangerment, unlawful possession of a weapon by a convicted felon, and resisting arrest during a December 2018 incident.

The Criminal Appeals Court believes that by allowing the all-white jury to determine Gilbert’s fate in a Giles County room named by the United Daughters of the Confederacy, the organization founded in the 1890s in Nashville to memorialize Civil War ancestors and memorials,

“exposed the jury to extraneous prejudicial information and violated his constitutional rights to a fair trial conducted by an impartial jury.”

They also found that the trial court made another mistake by allowing a challenged witness statement, an error that “cannot be classified as harmless,” the appeals court said. The new ruling comes over a year after a circuit court judge denied Gilbert’s motion for a new trial.