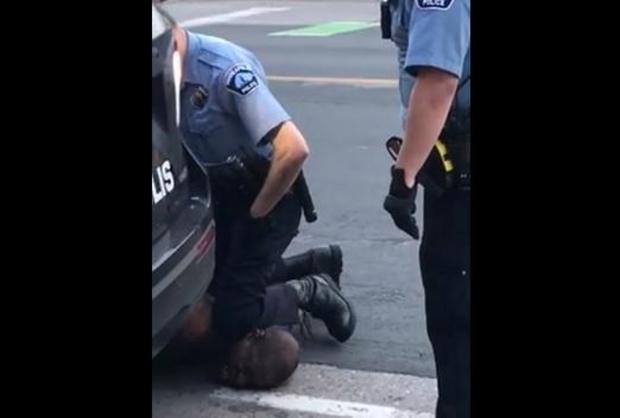 In an eerily similar situation that led to the death of Eric Garner in New York City, a black man in Minneapolis identified as George Floyd died after telling a white police officer that he couldn’t breathe as the officer’s knee was on his neck, according to CBS News.

“On Monday evening, shortly after 8:00 pm, officers from the Minneapolis Police Department responded to the 3700 block of Chicago Avenue South on a report of a forgery in progress. Officers were advised that the suspect was sitting on top of a blue car and appeared to be under the influence.

“Two officers arrived and located the suspect, a male believed to be in his 40s, in his car. He was ordered to step from his car. After he got out, he physically resisted officers. Officers were able to get the suspect into handcuffs and noted he appeared to be suffering medical distress. Officers called for an ambulance. He was transported to Hennepin County Medical Center by ambulance where he died a short time later.

“At no time were weapons of any type used by anyone involved in this incident.

“The Minnesota Bureau of Criminal Apprehension has been called in to investigate this incident at the request of the Minneapolis Police Department.

“No officers were injured in the incident.

“Body worn cameras were on and activated during this incident.”

What’s not mention is that one of the officers placed his knee on the neck of the victim that appears to have led to his death. According to CBSN Minnesota, a video was posted on social media showing a police officer kneeing a man’s neck to the ground for several minutes. The victim says before dying, “Please, please I can’t breathe.” The video of the encounter is posted on Darnella Frazier’s Facebook page. (Warning: Video is graphic.)

In response, Minneapolis Mayor Jacob Frey delivered an emotional speech apologizing to the community for the incident, which he called “wrong at every level” during a press conference Tuesday morning.

“He should not have died,” he said. “Being black in America should not be a death sentence.”

Frey, who appeared at a media briefing with Chief of Police Medaria Arradondo, continued:  “For five minutes we watched as a white officer pressed his knee to the neck of a black man. For five minutes,” he said. “When you hear someone calling for help, you are supposed to help. This officer failed in the most basic human sense. What happened on Chicago and 38th this last night was simply awful.”

Department spokesman John Elder says agents from the Minnesota Bureau of Criminal Apprehension and the FBI have been called in to investigate this incident at the request of Minneapolis Police. Mayor Frey says regardless of the outcome, one thing is clear to him. “Whatever the investigation reveals, it does not change the simple truth… that he (the man who died) should be with us this morning.”

Watch Minneapolis Mayor Jacob Frey’s response to the incident below. 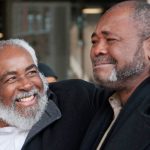 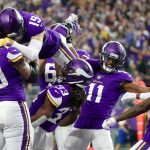