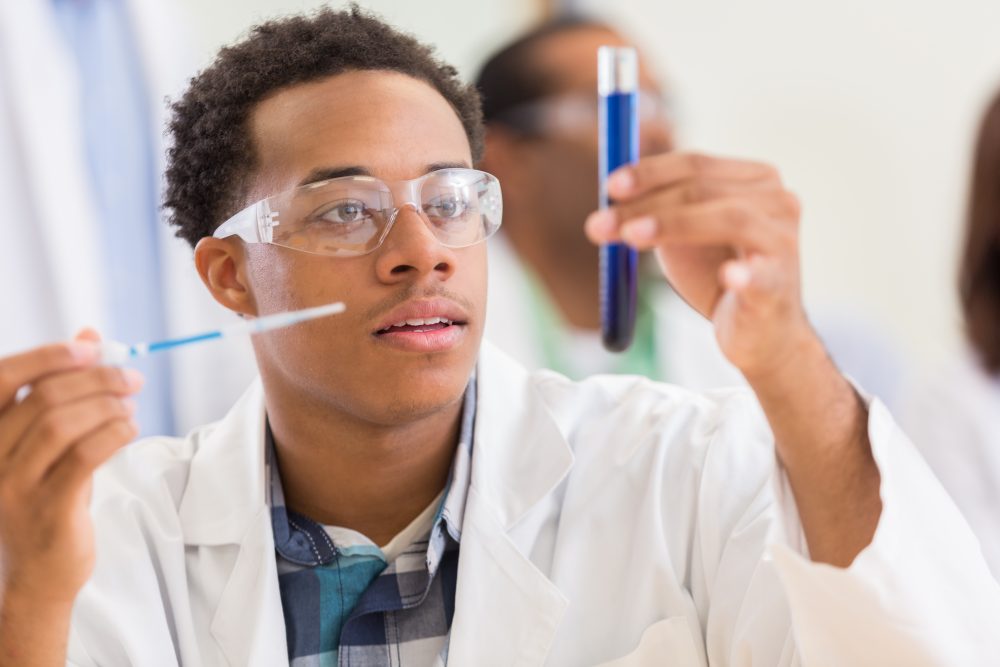 I’ve been interviewing presidents of black medical schools lately. I recently interviewed the president of Meharry Medical College in Nashville, Tennessee, and wrote a post based on that interview that you can read here. I’m also excited to be writing up an article based on an interview I had with the president of Morehouse School of Medicine.

Both institutions are addressing the issue of enrolling more black men in med school.

But what about black women? As it turns out, black women are earning more college degrees (as are women in general). But because fewer black men are earning degrees, the imbalance is affecting all kinds of things, like black marriage rates, economic inequality, and lower wealth attainment.

That’s according to the Brookings Institution, which has written about the phenomenon in a recent article and concludes that educated black husbands are a key to racial equity. Here’s an excerpt below.

There are wide, stubborn economic gaps between black and white households in the U.S. Why? Many factors are at work, of course, including lower rates of upward mobility, discrimination in the labor market, big differences in rates of incarceration, disparities in access to quality education, historic exclusion from home ownership, and so on.

College education is often seen as a powerful tool to close race gaps. But it is at best only a partial answer, for four reasons:

To understand race gaps in income and wealth at the household level, we have to look not only at education and earnings at the individual level, but also at patterns of family formation and marriage.

There has been a significant increase in rates of four-year college completion among black Americans, especially women. But rates among whites have increased just as rapidly, again especially among women. Almost half (44.7 percent) the white women aged 25 to 35 in 2015 have completed four years of college. For black men the rate is just 17.2 percent: 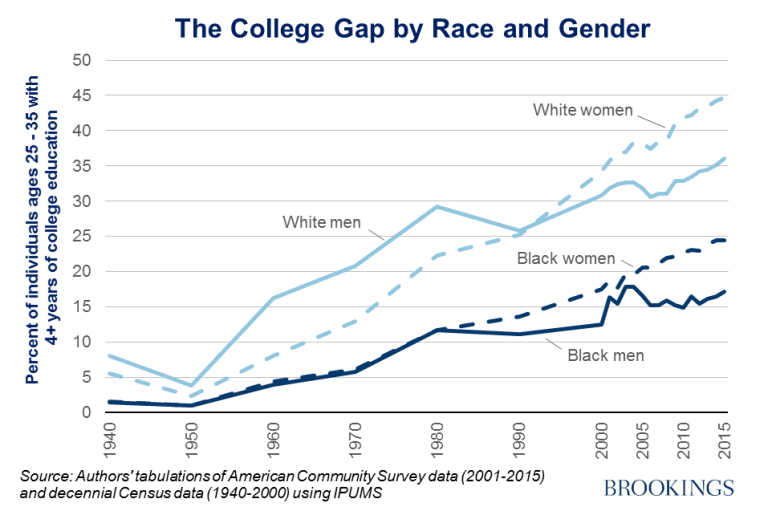 Women are now outperforming men in terms of completing four years of college. Within racial categories, women are now more likely than men to complete college to the tune of 5 to 7 percentage points.

So black Americans are still much less likely to get an undergraduate degree. But even when they do, they are less able to create greater economic security, at least as measured by household wealth, as new data from the Survey of Consumer Finances shows: 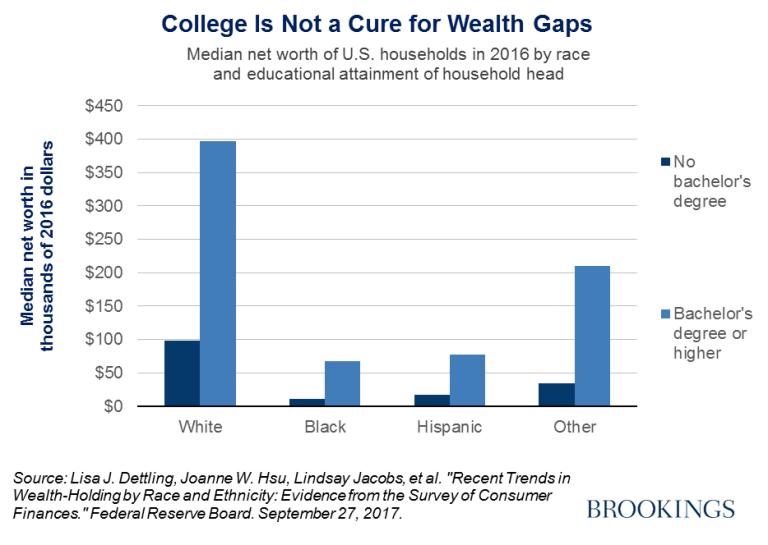