Black Mompreneurs Stand Up: One Woman's Journey To Organize Her Own TEDx Event 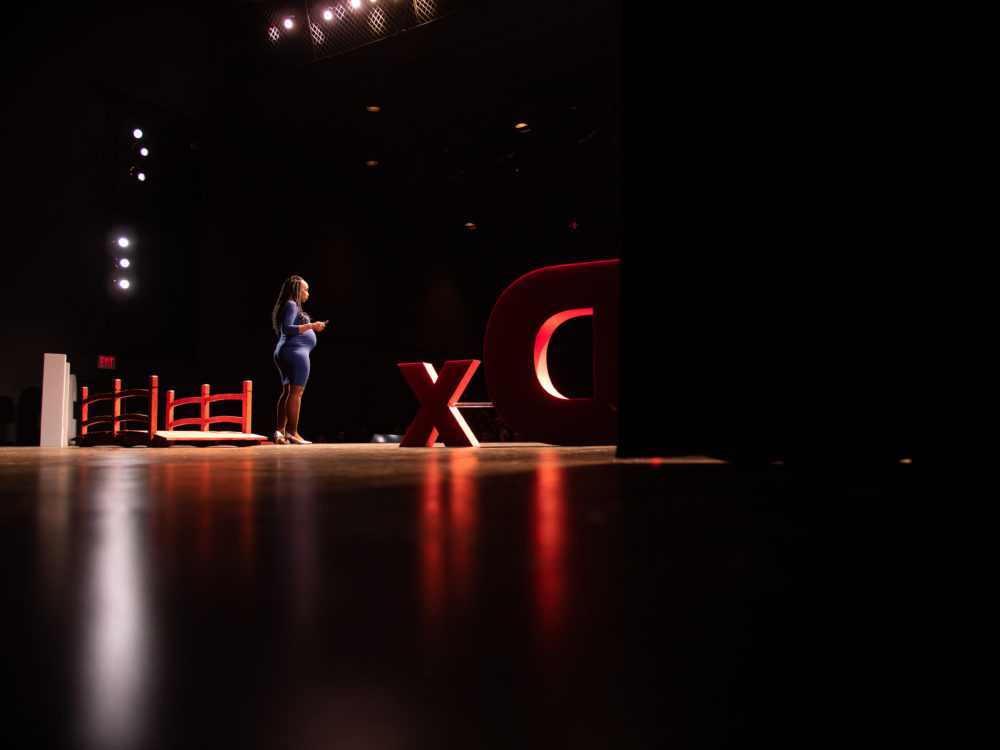 At eight months pregnant, writer and special needs advocate Eraina Ferguson was set to give the speech of her life. A TEDx talk is one of the coveted roles a person can get when building their professional career. In the spirit of ideas worth spreading, TED has created a program called TEDx. TEDx is a program of local, self-organized events that bring people together to share a TED-like experience. The event is called TEDxDelthorneWomen, where x = independently organized TED event. At TEDxDelthorneWomen, TEDTalks video and live speakers will combine to spark deep discussion around the topic Listen to Her. The TED Conference provides general guidance for the TEDx program, but individual TEDx events are self-organized. “Women from all over the country are raving about this event, I hope to attend and meet some incredible people from all different walks of life,” stated self-care influencer, Tonnicka Gerken.

Eraina Ferguson is no stranger to hard work. After giving birth to a special needs daughter, she went on to finish her undergraduate degree and two master’s degrees, including one from Yale. “I really wanted my daughter to have a good life,” stated Ferguson. Since obtaining her degrees, she has written over 200 articles geared toward teaching parents and the general public about the importance of special needs families living a good life.

In June, Ferguson knew her life would change as she took the stage to do her first TEDx talk, and it did. Moments into it, the sound was choppy, while she was on a stage with a full audience. After giving her talk she was given the opportunity to redo her speech during intermission. Thankfully her film crew was able to film her talk and everything turned out well, but she knew that something else needed to be done. “Though I understood the magnitude of their responsibility, I wanted to organize my own TEDx event centered around the importance of listening to women,” stated Ferguson.

On November 30th, 2018 Ferguson is facilitating a TEDx event titled “TEDxDelthorneWomen”. The main TEDWomen event is a yearly event that’s happening simultaneously in Palm Springs. “The TEDWomen event’s theme is “Showing Up.” I wanted a theme that would coincide with theirs, but also state a truth that exists for women, the need to be listened to.” TEDxDelthorneWomen is a full-day event, taking place in the Delthorne neighborhood of Torrance, California. “Our goal is to bring together bright minds to give talks that are idea-focused, and on a wide range of subjects, to foster learning, inspiration, and wonder – and provoke conversations that matter,” further stated Ferguson.”Our speakers are men and women from all over the country committed to engaging in a discussion about the importance of listening to women,” emphatically stated Ferguson.

The event’s speakers include tech entrepreneurs, advertising executives, veterans, nationally syndicated journalists, filmmakers, and immigrants with a passion for advocating for the disenfranchised. “It is an honor to organize an event that helps to galvanize this new season for women,” stated Ferguson. To learn more about the event visit: www.tedxdelthornewomen.com