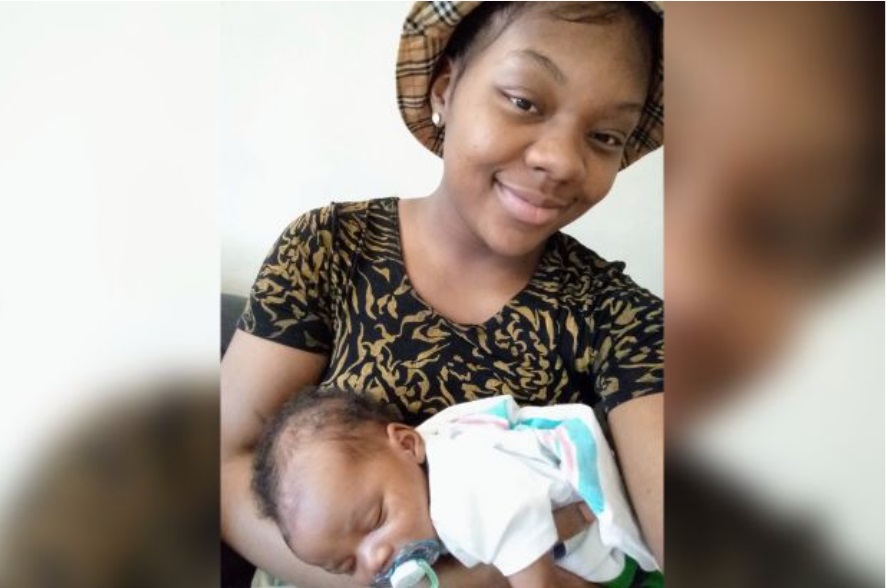 Investigators are still unpacking a horrifying alleged murder attempt by a 24-year-old mother of two who hurled her children out of a second-story window before jumping out herself in Brooklyn, N.Y. on Saturday.

According to police, around 11a.m., Dejhanay Jarrell was in her apartment on Rockaway Parkway in the Brownsville section of Brooklyn with her one-month-old daughter and a two-year-old son, when she allegedly pushed an air conditioner out of a window and then her babies, before she jumped out butt-naked.

Her one-month-old daughter landed face down on the concrete and remains in a local hospital in critical condition, according to reports. Her two-year-old son endured less severe injuries but both are still hospitalized.

The shocking turn of events horrified neighbors and onlookers who watched the chaos unfold from a building on the other side of the street.

“The two-year-old, he looked fine. He wasn’t crying, he wasn’t moaning in pain, but the infant looked like she was going in and out of consciousness because her eyes were- she was trying to open her eyes and they were closing. Like half of her face was bruised,” eyewitness Carl Chin told the outlet.

Chin also revealed that he witnessed Jarrell try to hurt her kids even more, before he intervened.

“She had the baby in her grip, and I had to take the baby out of her grip and hold her until the police and paramedics came. As she was trying to hurt her children, and I was getting them out of her grip, she kind of thanked me and told me to take care of them,” he told the New York Post.

Chin added that Jarrell was tired of being alone. We hope this mom gets the help she needs.