Black Music Action Coalition Returns With Its Second Annual Music In Action Awards Gala At The Beverly Hilton On September 22, 2022 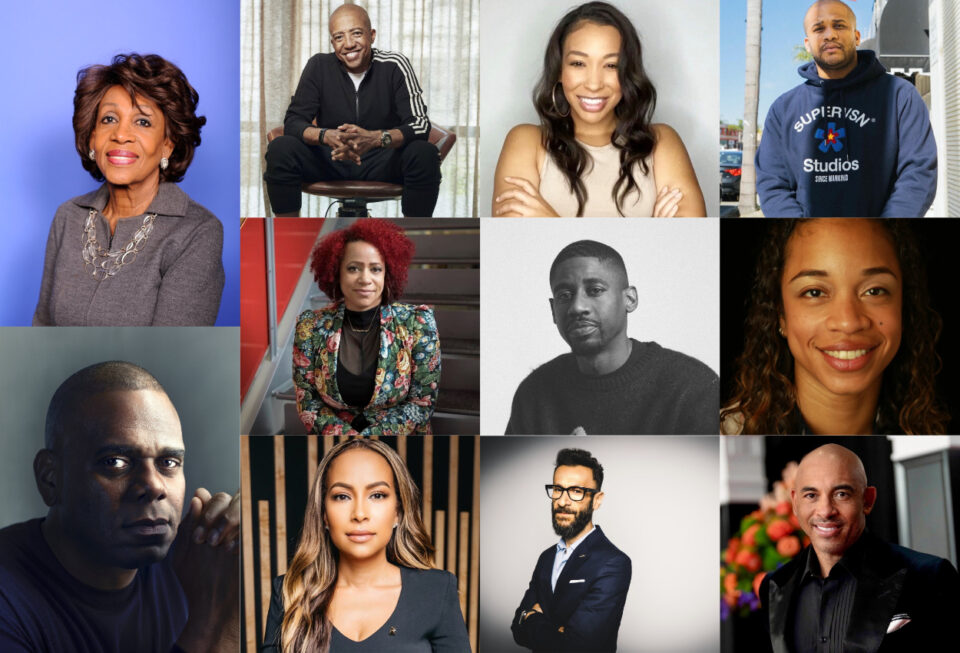 The Black Music Action Coalition (BMAC) announced the second annual Music In Action Awards Gala, which will celebrate notable recording artists, executives, activists, and companies that have utilized their platforms to affect social change over the past year. The event will take place on Thursday, Sept. 22 at The Beverly Hilton and will feature inspirational speeches, heartfelt tributes, show-stopping performances, and surprise presenters.

“Clarence Avant is an extremely significant person in my life, so to be bestowed with the BMAC Trailblazer award in his name is a special honor,” said Jon Platt, chairman and CEO, Sony Music Publishing.

“Clarence blazed a trail that continues to inspire so many of us, and I appreciate BMAC for following his path towards equality in the music business.”

“In the 35 years I have spent in our industry, I have tried to make every decision and every movement intentional with the overarching goal of social justice and equality,” said Kevin Liles, chairman and CEO, 300 Elektra Entertainment.

“It is my mission to bring about change so that boardrooms reflect the music that is being released. I am honored and humbled to receive BMAC’s Social Impact Award and am excited to continue the conversation and bring about necessary change in our industry.”

“We are absolutely humbled to receive the Social Impact Award from the Black Music Action Coalition,” said CEO Harvey Mason Jr. and Co-Presidents, Valeisha Butterfield Jones and Panos A. Panay of the Recording Academy.

“We — as an organization and new leadership team — are committed to the long-term, systemic work that needs to be done to drive real and measurable change in our industry and across the globe. We’re excited to pause for a moment to celebrate this milestone with our fellow nominees, while continuing to do the work. The power of music and our role in driving equity in and for Black Music at the Recording Academy is a responsibility that we take seriously. We look forward to continuing this necessary work with BMAC and our industry partners.”

“Amazon Music is honored to be a part of BMAC’s annual Music In Action Awards Gala and to receive their Social Impact Award. Black musicians, songwriters, and executives are the heart of this industry, and we are honored to be working with BMAC to ensure the next generation of Black talent have the support necessary to flourish,” said Tim Hinshaw, Head of Hip-Hop and R&B for Amazon Music.

“Activism is a daily decision to stand up for what’s right. That’s in the office or on the stage, in the classroom or in the courtroom, in front of the camera or on the front line, whether writing a column in a magazine or writing a hit song, it’s the willingness to speak truth to power, unapologetically. Each of our 2022 Music In Action Award honorees embodies this spirit. BMAC is an organization formed to hold our industry accountable to its pledge to fight systemic racism and will applaud and celebrate those using their voice, platform, and resources to move past performative gestures of solidarity, but real action that will lead to sustainable change,” said Willie “Prophet” Stiggers, co-Founder/co-chair of Black Music Action Coalition.

In addition to honoring the award recipients, the event will celebrate the organization’s accomplishments and highlight upcoming initiatives. Over the last year, BMAC has been instrumental in addressing systemic racism within the music business and advocating on behalf of Black artists, songwriters, producers, managers, agents, executives, lawyers and other impassioned industry professionals. In 2021, the organization launched the inaugural Music Industry Action Report Card, which is a measure of accountability and a call to action to the music industry for Black executives, artists, vendors, and stakeholders to have a voice, visibility, participation and ownership on par with the revenue generated from Black music and culture.

Additionally, BMAC partnered with #BreatheWithMe, NOWTHIS, Alicia Keys, Mary J. Blige, Summer Walker, Khalid, Ty Dolla $ign, T.I. and others to create “17 Ways Black People Can Be Killed In America,” a call to action for the Biden-Harris Administration to launch the U.S. Truth, Racial Healing, and Transformation Commission. In May, BMAC partnered with Wasserman Music and the commercial music program at Tennessee State University for a three-week music accelerator program and curriculum which covered multiple sectors of the industry including songwriting, copyrights, publishing, labels, marketing, touring and publicity, among other focuses, and included guest lectures from influential executives. The group also launched its COVID Relief Fund for Black creatives and industry professionals whose income was impacted by the ongoing pandemic. Most recently, BMAC worked alongside Congressman Hank Johnson (GA-04) and Congressman Jamaal Bowman (NY-16) to establish the Restoring Artistic Protection Act (RAP Act) which would protect recording artists from the wrongful use of their lyrics against them in criminal and civil proceedings.

The 2022 Gala will also commemorate this year’s Music Industry Action Report Card, releasing later this month, and spotlight the 2023 launch of the Transformational Support program which will guarantee basic income for 40 Black Nashville-based artists, creators and aspiring managers.

The inaugural Music In Action Awards Gala in 2021 honored artists, executives, activists, and companies that used their platforms to implement change, including The Weeknd, H.E.R., Ethiopia Habtemariam, Tuma Basa, Attorney Ben Crump, Dina LaPolt, Aurora James, YouTube Music and Shawn Gee. The event brought some of the most influential executives and artists together with activists and business leaders who are fighting for racial and social justice.