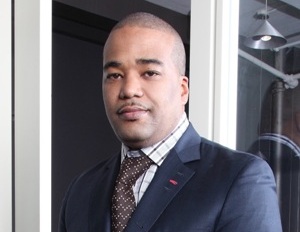 It’s no secret that the music industry is hemorrhaging money, and has been for some time.

An antiquated system struggling to stave off rampant file-sharing and compete with Internet-driven single-versus-album sales, record labels are scrambling to keep up.

But Violator Management and Brand Assets Group CEO Chris Lighty has a found a million ways to stop the bleeding.

The highly sought-after music manager–who has long guided the careers of megastars like 50 Cent, Mariah Carey, Busta Rhymes and Diddy–says the secret to survival is diversification.

“From my point of view you have to be a mult-tasker and know every aspect of the entertainment business,â€ says Lighty, whose marketing firm has inked deals with Adidas, Coca Cola, Sprite, Reebok and Motions Hair products and others. “Back in the day you could get away with focusing on one thing, like A&R. Now whether its digital, marketing, A & R, radio, whatever–you have to know how to get your artist from A to Z, even if you need help pulling it all off.â€

A high school graduate who went on to help his client, 50, secure a 10% stake in water company GlacÃ©au and net a reported $100 million when the company sold for $4.1 billion to Coca Cola, Lighty has long demonstrated he’s capable of doing just that. An industry hustler who began his career carrying crates of vinyl for legendary Kool DJ Red Alert, Lighty–also responsible for helping 50 get his G-Unit clothing line in major department stores like Macy’s–says holding executive positions under fellow entrepreneur Russell Simmons at Def Jam and Rush Management helped show him what was possible.

“I learned that you are only as strong as the people around you,â€ he says. “You’ve got to build a good team–from your accountant to your right-hand man to employees–the whole nine yards,â€ he says. “I also learned you can have a plan [for what you want your business to look like], but you need to know when to deviate from it. You have to be able to bend and sway with the moment,â€ he advises.

Lighty’s latest venture, launched in May, is an effort to help wannabe rap stars, singers, producers and songwriters keep pace with the changing times. It’s a web site called Please Listen to My Demo–inspired by a phrase borrowed from his once-aspiring artist 50 (and from old-school rap group EPMD, for those who remember)–that allows new artists to submit their music for $10 in exchange for A&R advice and other feedback from-top tier music industry executives. The idea, Lighty says, is to discover new talent and help position them to get signed.

“We decided to change our approach,â€ says the Bronx native, who came up with the idea three years ago when he noticed wannabe stars were flocking to American Idol and YouTube to be discovered. “The record companies of today are behind the eight ball because they refuse to change… They don’t like to accept unsolicited demos and A&Rs are still going to the club to find artists even though [the artists] are all online. So we thought we’d create this new opportunity for them.â€

So far business at Violator’s new pay-per-listen program has been brisk, Lighty reports. Although he won’t reveal in detail how much money its brought in, he will say he and his staffers have identified several aspiring stars they’re potentially interested in grooming for the big leagues.

“We’ve already found seven people that have at least one good song,â€ he says. “If we can help build them up we can find the next Justin Bieber or 50 Cent.â€

And to the wannabes he’s hoping to sign, Lighty has this advice: “Persistence overcomes resistance,â€ he says. “I can think of 100 artists that would have fallen off the map if they didn’t have that drive. If 50 wasn’t persistent he wouldn’t be who he is today, and neither would [my other clients] Foxy Brown and LL Cool J,â€ he says. “Use every means of marketing that’s out there, especially the Internet. Google is your friend. If you don’t know the answer to the question look it up. And surround yourself with people who are likeminded but not cheerleaders. Those things will get you far.â€