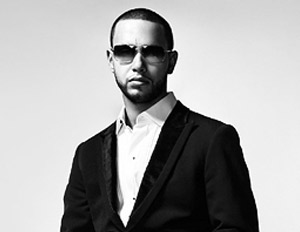 Despite his numerous awards and accolades for his work, Julien “Little Xâ€ Lutz started out his career in the music industry with little fanfare as an intern. Born and raised in Toronto, a teenaged X (now known professionally as “Director Xâ€) worked for Canada’s MuchMusic TV network, performing the typical menial duties of a student intern–handling and filing paperwork, basic editing, and “running tapesâ€ (acting as a courier in the days before Internet cloud storage and compressed email files). But what set the visual artist apart from the countless other students in his position was his ambition. He had the aspiration to turn a simple internship into a stepping-stone for a successful career that BlackEnterprise.com recognizes as part of its Black Music Month coverage of the business of music.

“Working with MuchMusic is what got me interested in videos,â€ X explains. “Before that I was just an illustrator.â€ During the 90s the work of burgeoning video icon Hype Williams began taking center stage and caught the young auteur’s eye. After reading an article about Williams, X tracked down the writer and secured the contact information for his new idol. It wasn’t long before he finagled his way into an internship under Williams’ direction. “There’s something about Hype’s work that you can just tell he’s a true artist,â€ says X. “I learned a lot more about videos as his intern.â€

X also used his position to make vital connections. “I was there to make contacts,â€ he explains. “I made a lot of contacts through other interns and record companies. Plus, this was before the Internet so as an intern, we ran tapes, we didn’t send emails with files attached. So in that sense it was different… people got used to actually seeing your face and remembering you and remembering who you are. Plus, I could draw so that set me apart from other interns, too.â€

Highlighting his unique talent as an illustrator, X soon found himself working with William’s team as a storyboard artist. His timing was impeccable as the world of music videos began shifting towards innovative, boundary-pushing clips that could capitalize off his out-the-box vision. “It was an interesting time,â€ X remembers. “Music videos went from being $100,000 projects to $200,000, $400,000, $700,000… Then, the point came where music videos were a half million to a million dollars to make one piece. That’s when Hype’s career was really taking off.â€ Fast-forward a few years and X, now a director in his own right, had managed to branch off from being simply known as “Hype Williams’ protÃ©gÃ©â€ to an award-winning lensman in his own right. Directing eye-popping videos for chart-topping artists such as Kanye West, Alicia Keys, Jay-Z, Common, and Usher helped him create a name for himself in music circles. However, with mainstream music video programs slowly becoming obsolete, X had the foresight to shift his repertoire to include commercials. Working with major brands like Converse, Bacardi, Smirnoff, Reebok, Chrysler and Burger King among others allowed him to transform with the industry instead of fighting against it. In addition, X embraced new technologies to battle drastically shrinking music video budgets. “If budgets had gone down this much without the technology to balance it out… Trust me you wouldn’t want to know what videos would look like right now,â€ he laughs. “It really makes up for the smaller budgets.â€

Despite new financial limitations, X still finds himself collaborating with the biggest names in the industry that are attracted to his limitless imagination. Most recently he helmed clips for rising hip-hop star Nicki Minaj and R&B singer/songwriter The-Dream. Continuing to expand his portfolio and ever-evolving brand, X provides any aspiring interns that wish to follow in his footsteps a few words of wisdom. “Study the craft,â€ he says. “When you do good work people notice, but when you do good work consistently, people notice and remember.â€