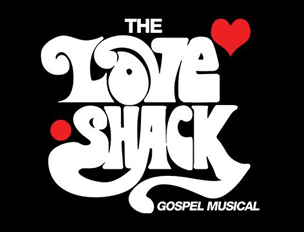 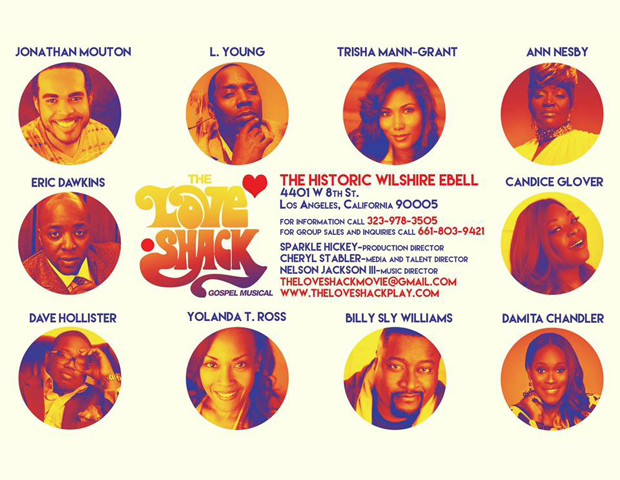 A young man raised in a group home in Chicago has opened a church called House of Love. After spending time as an R&B singer during his teen years, he’s turned his passion for love ballads into prophetic words. Lately, however, his congregants have been accusing him of going back to his “backslidingâ€ days in his sermons and distancing his messages from the old time religion that they crave.

Pastor Love is concerned about the remarks of his congregation and takes them to heart. His fears overcome him and he believes that the only way to change for the better is to fake his own death and have the new pastor guide his church in a better direction. Has he gone too far?

Before you answer that question, you should know that this is the synopsis of a new musical called #TheLOVESHACK which was written, produced and directed by â€ªPaul D. Hannah and co-produced by â€ªKimberley Zulkowski. The musical debuts this Saturday Â February 20, 2016 at the Ebell Theater of Los Angeles.Â The cast includes the talents ofÂ renown musician Dave Hollister (Blackstreet) and Ann Nesby (Sounds of Blackness) along with Jonathan Mouton, Eric Dawkins, L. Young,Â Yolanda T. Ross,Â Billy ‘Sly’ Williams,Â Trisha Mann-Grant, Damita Chandler and Candice Glover.

The idea comes from Paul D. Hannah, who has been sharpening his writing and directing chops since he was 12 years old. “It’s an idea I had for a while,â€ he speaks about the hilarious plot with twists and turns that make you yearn for the next scene. “I’ve always loved the idea of incorporating music and acting together. They are both such great art forms.â€

Hannah has always felt inspired to tell stories with great passion. And he feels that theater was an immediate outlet for that.Â  After struggling to build a consistent platform to artistically express himself, he decided to raise the bar with his vision and fight to get his script produced. At first, he ran into several setbacks with the idea for his musical. “It’s a challenge to be true to your artistic vision when most distributors want broad content in line with basic commercialism,â€ he notes about the challenges he faced with bringing his vision to life. As if the thought of altering his script wasn’t enough, raising money to get the script from the paper to the stage was even harder.

“Whether you’re big or small, finding funding in Hollywood is always a challenge, but we’ve been blessed to do almost 20 projects in a little over six years.â€ Somehow, Hannah is making it all come together.

Once his project was greenlighted, he knew that a winning cast was critical to gaining the right traction to take the musical to a rewarding destination. He got ahold of Grammy-winner Ann Nesby and platinum recording artist Dave Hollister and they committed themselves to Hannah’s idea. “It’s been amazing working with [Nesby and Hollister]! They are both true professionalsâ€. Hannah’s respect for his entire cast is very evident. He speaks so highly of their ability to bring life and dimension to the characters he created. “I’m inspired by the artists who brought their talent to this piece.Â  It reminds me of when theater was our only creative expression as a people.Â We would sing, dance and act as a release from our struggles.â€

For Hannah, the ability to bring such an artistic piece to LA was challenging, but gratifying. He doesn’t have any plans to go backwards and is consistently building his portfolio. He has a couple of movies headed to the theater including “Grandma’s Houseâ€ a film he directed and produced with new writer, executive/ co-producer, Kimberley Zulkowski. It’s slated to hit theaters in the spring and has an all-star cast includingÂ Loretta Devine, Wendy Raquel Robinson, Alex Thomas, Jazmin Lewis, Coco Jones and many more.

Paul D. Hannah is taking all of those years of building characters, plots and scenes and bringing them to the stage. He wants his artistic vision to hit as many households as possible. And judging by his commitment to the arts and his relentless passion to pursue his dreams, he shouldn’t have any problems checking that goal off of his list.