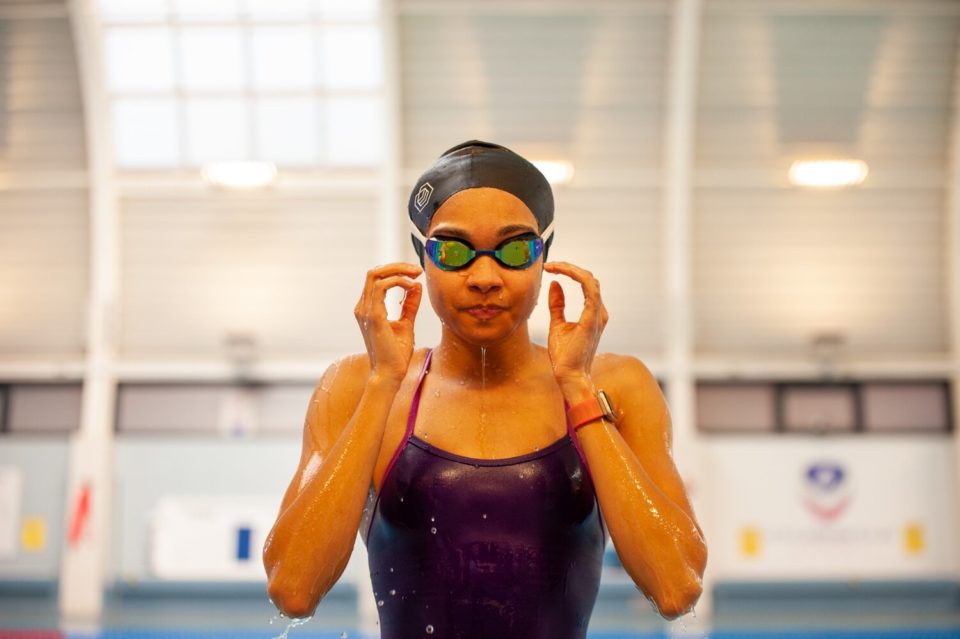 The International Swimming Federation (FINA) has announced that it will look deeper into the issue surrounding swim caps made for natural hair that became the topic of contention over whether it enhanced performance, according to The Times.

Alice Dearing, 24, who became the first Black female swimmer to represent Britain at an Olympics, was one of the first people on the frontlines protesting FINA’s decision when she received word that the British-brand Soul Cap could not be worn to cover her natural hair, according to Sport Sky News.

Dearing, the co-founder of the Black Swimming Association, took to Soul Cap’s website to offer support and sound off saying: “People used to tell me my hair was ‘too big’ for the cap — never that the cap was too small for my hair,” she wrote.

“The issue with this story is I don’t want little Black girls and little Black boys to look at elite swimming and think it is not open to them because that is completely the wrong idea,” she told Sky News.
“It is open to them, I really hope that with it being under review that some agreement will come about, I’m sure it will.

“But I don’t want people to look at elite level swimming and think: ‘It’s not open for me, I can’t wear my hair the way I want to and I’ll go and find another sport’, because that’s not what we want.
“Change is happening at least, Soul Cap has been made and even something as simple as that wasn’t around when I started out swimming.

As BLACK ENTERPRISE previously reported, the creators of SOUL CAP Michael Chapman and Toks Ahmed, decided to submit approval for Olympians to be authorized to wear them, but the request was denied by FINA, per METROUK’s report.

Earlier this month, FINA issued a statement saying the caps could not be work because they did not fit the “natural form of the head.” The caps were made to secure braided styles, dreads, and afros.

On Friday FINA released a media statement announcing that it is reconsidering the ban.
.
“FINA is committed to ensuring that all aquatics athletes have access to appropriate swimwear for competition where this swimwear does not confer a competitive advantage. FINA is currently reviewing the situation with regards to “Soul Cap” and similar products, understanding the importance of inclusivity and representation.

There is no restriction on “Soul Cap” swim caps for recreational and teaching purposes. FINA appreciates the efforts of “Soul Cap” and other suppliers to ensure everyone has the chance to enjoy the water. FINA will also speak with the manufacturer of the “Soul Cap” about utilising their products through the FINA Development Centres.

FINA expects to make its consideration of “Soul Cap” and similar products part of wider initiatives aimed at ensuring there are no barriers to participation in swimming, which is both a sport and a vital life skill.”
Soul cap founder Toks Ahmed encouraged the federation to reexamine the issue.
“We feel the rejection comes from lack of thought, without full consideration for diversity and the different requirements non-white athletes may have,” Toks said. “We feel there’s always room for improvement, but there’s only so much grassroots and small brands can do – we need the top to be receptive to positive change.”

A post shared by SOUL CAP | Swim For All (@soulcapofficial)