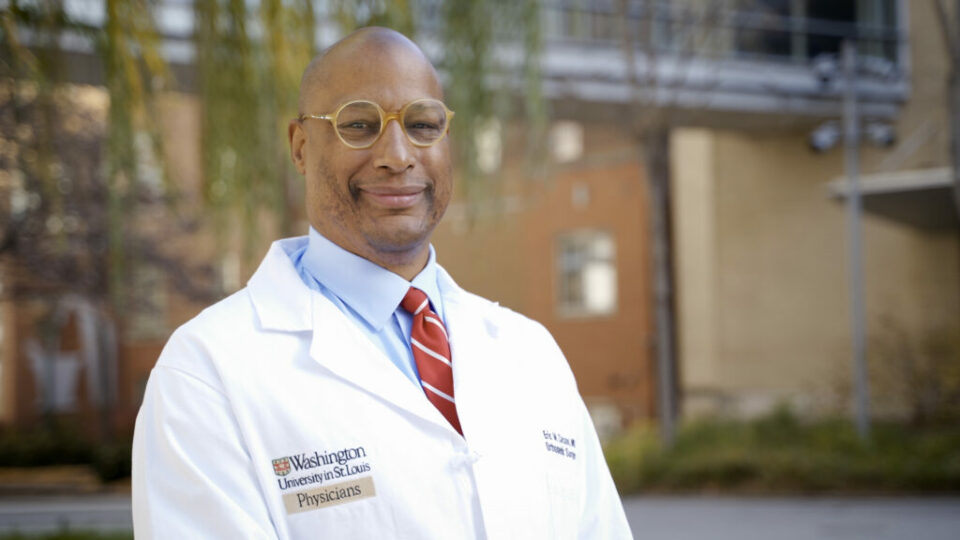 Even today, the grave lack of progress made to diversify the orthopedics field—American medicine’s whitest medical specialty—persists. Being a Black, brown, or Native American orthopedic surgeon can still mean being a “first” or an “only” in hospitals, residency programs, and other medical spaces.

Black mentor and orthopedic surgeon Dr. Eric Carson has dedicated his career to closing diversity gaps in his field, StatNews reports. His passion for supporting students from groups underrepresented in medicine who hope to enter his field shines through his work as a professor of orthopedic surgery at the Washington University School of Medicine in St. Louis.

In addition, he also serves as the head of the J. Robert Gladden Orthopaedic Society, where he helps drive the mission to increase diversity within the orthopedic profession. The JRGOS boasts the largest membership of Black orthopedic surgeons globally, including surgeons from every orthopedic subspecialty and many orthopedic department chairpersons and program directors.

In his brave efforts, Dr. Carson took it further by finally describing his most terrifying experience with the police during his year as a post-graduate in the Harvard University orthopedic surgery program. His intention is to highlight the impact of violence in our communities.

Published by the American Academy of Orthopaedic Surgeons, Dr. Carson shared an open letter to his colleagues in June 2020.

He writes, “such violence impedes the pathway of our students and trainees in the form of subtle suggestions of inferiority or overt attempts to silence their humanity.” Dr. Carson has experienced this all too well, having grown up in public housing in the nearby Roxbury neighborhood of Boston and enduring the hardships of the city’s court-ordered school desegregation. Although he is proud to have beaten the odds that claimed the futures of many, orthopedics still seemed out of his reach then.

In late October 1989, Dr. Carson was detained by police who were sweeping the area looking for the killer of Carol Stuart. She had been killed by her husband, Charles, who had falsely told police that a Black assailant had attacked her.

“While on my commute on foot to Brigham and Women’s Hospital at 5 a.m., I was accosted and wrestled to the ground, restrained in handcuffs face down on the pavement with a gun from a Boston policeman pointed to my head—along with 10 other young Black men that looked just like me. I stood out in my white coat and had a fully visible Harvard University ID, but it obviously meant nothing in that moment. I was eventually released to make my way to the hospital for early morning rounds, for which I was quite late. I was shaken up, and all that went through my mind was, ‘Why me?’”

Dr. Carson’s received many reactions after publishing his open letter. Although this wasn’t his first encounter with the police, the wake of the pandemic and the murder of George Floyd, it was the right moment for him.

“As the leader of the JRGOS, I propose we raise our voices, mobilize, and be part of the solution to these racial and healthcare inequities and work hand in hand with AAOS leadership to bring about the necessary change,” Dr. Carson writes.