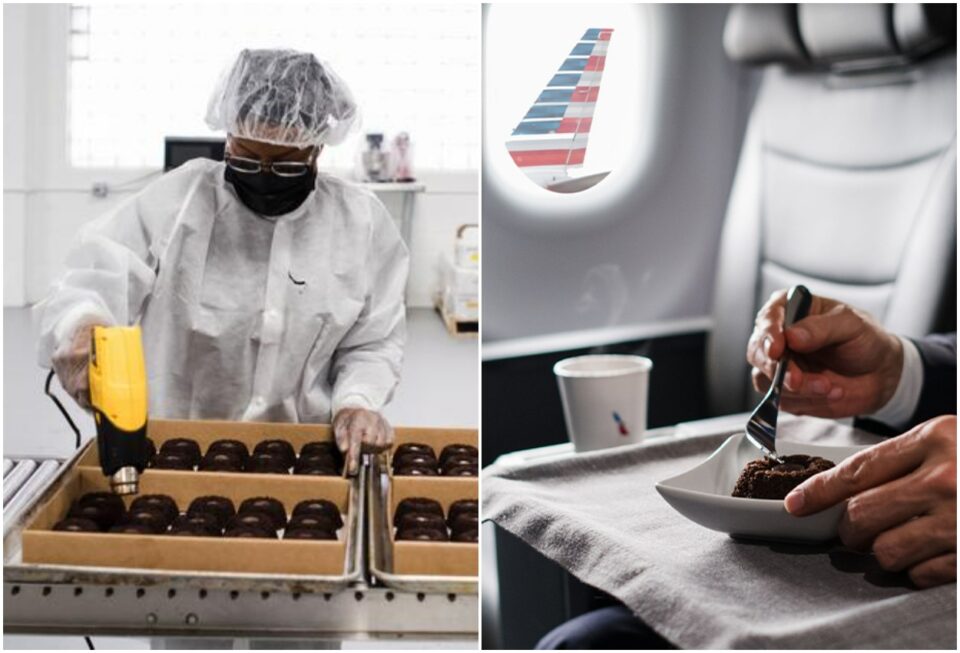 A Black-owned dessert manufacturer owned by a single mother will have her confections served on American Airlines.

Tamara Turner, of Aurora, Illinois, partnered with American Airlines to distribute her Silver Spoon Desserts Bundt cakes to passengers on the airline’s domestic flights, said the airline carrier, according to NBC DFW.

“I started my business in 2017 because I heard the voice of what I am going to call God, tell me to do the cakes first. I had been looking, hoping, and dreaming, and trying to figure out what I am supposed to do with my life, and I was told, ‘do the cakes first,” Turner says in an interview with ABC 7.

Turner visited several eateries, and Portillo’s restaurant was impressed with her cakes, and they requested more information about her company. At the time, Turner did not have an established enterprise, only her products.

She then worked with a catering company that provided food service for American Airlines, and the flight company wanted to see her, but she did not have a facility. She still went forward with working with American Airlines, and in May 2021, the company offered the opportunity to have her pastries served on their flights.

Turner built a 16,000-square-foot facility in Chicago to accommodate the expected large orders from the airline.

“We did our final inspection on January 6th and started baking for the order on January 7th,” explained Turner, who uses family recipes as inspiration for her desserts.

Turner uses her company to serve the community by hiring and mentoring other single moms.

“Being a single mother is painful, and I know the struggle. I said you know what, I can give back to other single mothers by offering them a living wage. But I can also teach them, train them, go them up and help them to become economically sustainable through working with Silver Spoon Desserts,” said Turner.

According to American, it will offer Silver Spoon Desserts Bundt cakes in domestic premium cabins on flights between 900 and 1,499 miles, said in the company’s press release.