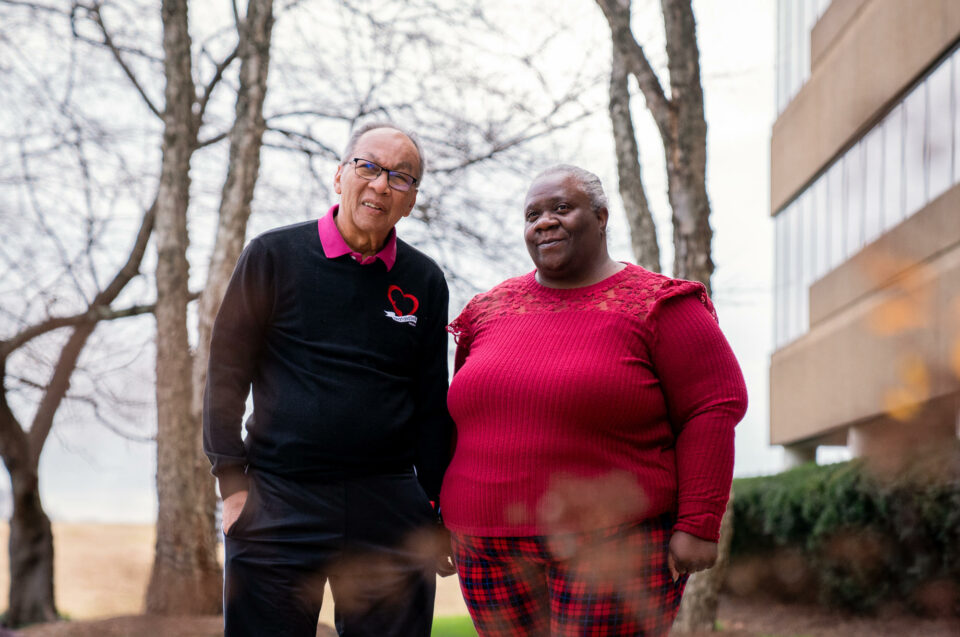 From left, André Lee, Administrator and Co-Founder of Heart and Soul Hospice, stands with Keisha Mason, Director of Nursing, in front of their office building in Nashville, Tennessee on December 20, 2021. NPR

Data shows that Black patients in Nashville made up only 19% of hospice patients despite Black people being 27% of the population, NPR reports.

The disparity in Black people receiving proper medical care ahead of their deaths compared to white people is why Heart and Soul Hospice was inspired to open its doors to the community. While Heart and Soul prides itself in servicing “ALL members of the metro-Nashville area,” the Black-owned hospice makes sure that those in underserved areas of the city are gladly welcomed.

Mary Murphy worked with a hospice for the second time after first turning to hospice care for her ailing mother years ago and recently getting help for her sick husband, Willie. When her husband passed away on the day after Thanksgiving, a nurse from Heart and Soul was right there by Mary’s side.

“If you don’t feel like, ‘Oh my God, thank God I have hospice,’ if you can’t say that, then we’re doing something wrong,” said Keisha Mason, Heart and Soul’s director of nursing.

While Medicare provides for hospice care, research from the National Hospice and Palliative Care Organization shows that 41% of Black Medicare beneficiaries who died in 2019 were enrolled in hospice, compared to 54% of white patients.

But Mason says she often advocates for Black patients and reminds them that their hospice care is free.

“I say to them, ‘If you see a bill, then call us because you should not,'” Mason said.

“A lot of hospices don’t employ enough Black people,” Lee says. “We all feel comfortable when you see someone over there that looks like you.”

As the medical industry works to break health disparities that plague underserved communities, Heart and Soul is among the early pioneers in reaching the people where they are.