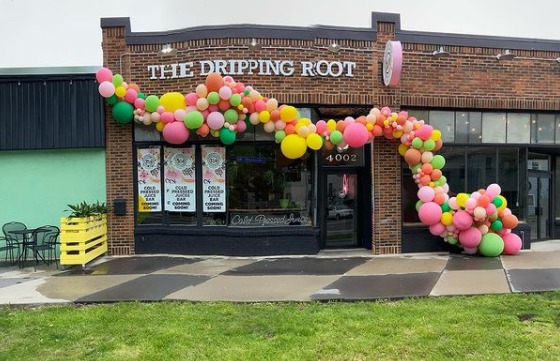 Minnesota’s first Black-owned juice bar was broken into, vandalized, and forced to close just days after opening its doors to the public.

FOX 9 reported that Catiesha Pierson had to turn customers away from The Dripping Root just days after holding the store’s grand opening so she could clean up after the break-in.

“So excited to open for regular business hours starting on Thursday ! Come see me Thursday – Sunday 9-3 or until sold out 💧✨ – when you feel good you glow different #yearofthedrip,” Pierson shared on The Dripping Root’s Instagram on June 1.

The business owner quit her job to open The Dripping Root. Pierson previously created juices herself to encourage her son to increase eating fruits and vegetables, according to FOX 9. Pierson even turned to GoFundMe with the help of a woman named Andrea Witt, to raise money for the business.

“Lease signed in March and The Dripping Root is going to have a home in the Longfellow Neighborhood of Minneapolis. Hopeful to open the doors by July. However, COVID -19 struck and everything was put on hold. Kitchen equipment and the Juicer ready to be delivered. However, the system was overwhelmed by funding requests and she has enough money to get started, but NOT enough to finish. Please help her build in solidarity with those businesses just down the street, those businesses in every community who are having to rebuild. Black Lives Matter! The Dripping Root Juice Bar will be a place of PEACE, LOVE & TOGETHERNESS,” the GoFundMe message partially stated.

The campaign fundraiser also noted that Pierson is the single mother of a Black son who wanted to address health and wellness, in addition to promoting other ideals that are important to her. Pierson’s upbeat messages shifted, when her journey took a disappointing turn. The business which was meant to promote wellness, took a surprising hit.

“I’m not going to let something like that ruin my shine or happiness for the amazing thing that’s been built and surrounded by community,” Pierson told FOX 9.

Security cameras captured footage of the vandalism which involved two suspects who shattered the business’ front window. However, the break-in did not result in the thieves getting much from the establishment before police appeared. The juice bar reportedly operates on a cashless system.

According to the report, Pierson does not believe the incident is random.  After a barrage of community support, Pierson was able to reopen on Saturday.