Black-owned School For Kids Created With HBCU Excellence in Mind 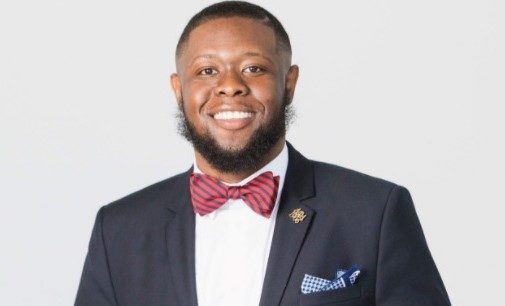 The phrase “For Us, By Us” (FUBU) is usually associated with the hip-hop apparel brand. However, Cameron Frazier is using the well-known phrase for a different reason. According to his Facebook page, the Jacksonville, Florida, man is designing a school that’s F.U.B.U (For Us By Us). In various social media posts, Frazier encourages those curious about the school to visit its website. The site outlines the school’s objective to serve as a public, tuition-free, college-prep school called Becoming Collegiate Academy for kindergarteners during the 2021-22 school year. With HBCUs as a source of inspiration, accomplishment, and great pride, the academy will add a grade each year to the school eventually going up to grade five.

“The HBCU model of high academic rigor in a supportive learning environment has led to HBCU’s holding 9 of the top 10 college slots for producing African American Ph.D. earners. In addition, 70% of African American dentists and physicians and 51% of our nation’s African American public-school teachers received their bachelor’s degrees from Historically Black Colleges,” the website said. “Becoming Collegiate Academy believes there is something incredibly important about the HBCU experience that must be celebrated, protected, and replicated in our students daily K-12 experience.”

But who is Frazier? According to a post shared by Big Brothers Big Sisters of Northeast Florida, the founder of Becoming Collegiate Academy joined the educational movement in 2012 through Teach for America Jacksonville.

“True to Cameron’s goal of improving educational access in his local community, he began teaching English in the neighborhood of his childhood and quickly propelled into leadership positions throughout his career. Most recently, Cameron was introduced to the school founding experience and opened KIPP Nashville College Prep Elementary as the Founding Assistant Principal,” the  Facebook post said.

However, it was mentioned that the creation of  Becoming Collegiate Academy is his biggest goal.

News4JAX interviewed Frazier about his ambitious endeavor. According to the news station, Becoming Collegiate Academy will open in Jacksonville’s Norwood neighborhood this fall. The innovative school will target students in communities of color. Over 100 kindergarten students are already enrolled in the school, according to News4Jax.

“It’ll be an option for all families to know that their kids are going to receive an education in which they see they’re reflected in,”  Frazier said in the interview with News4Jax . “Every county in the United States needs this. Black kids specifically are missing out on a cultural experience in some places. And we are receiving an education that we’re not reflected in. And I believe that every child deserves that.”