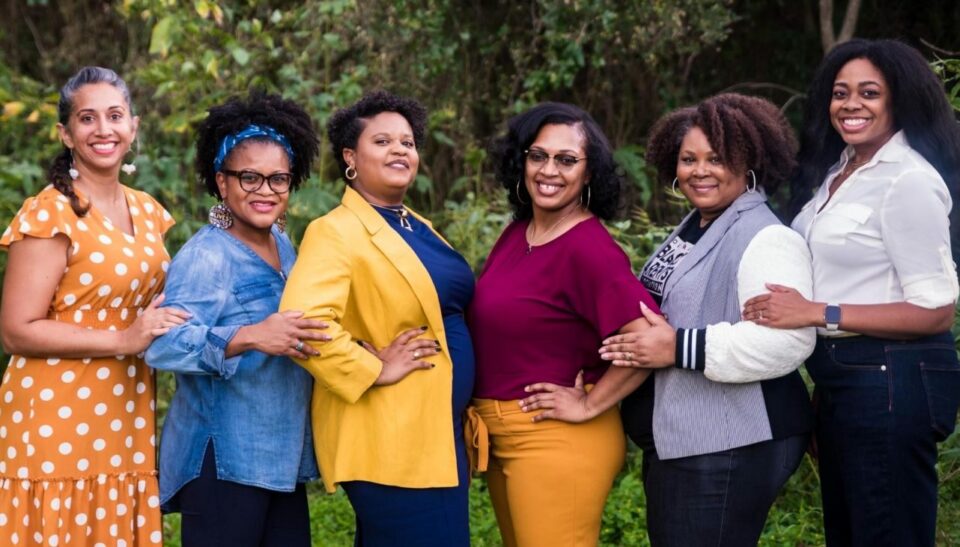 Ashley Walker, third from the right, in red, poses with other members of the Round Rock Black Parents Association. (Photo courtesy of Charles Glenn Photography)

The determined mothers of the Texas-based Round Rock Black Parents Association are speaking out against the multiple attempts of book bans in their kids’ schools.

In Texas, a proposed state law seeks to remove the requirement to teach “the history of white supremacy, including but not limited to the institution of slavery, the eugenics movement, and the Ku Klux Klan, and the ways in which it is morally wrong,” according to The Texas Tribune. What began as a debate over critical race studies and books about the history of racist ideas in the United States has now led to an effort to ban books, including African American classics.

Stamped: Racism, Antiracism, and You by Jason Reynolds and Ibram X. Kendi is one of the books the association has fought to remain part of the school curriculum. The young adult novel serves as a remix of Kendi’s award-winning Stamped From the Beginning: The Definitive History of Racist Ideas in America.

“History books are written with the idea of a student in mind, but not the idea of an actual young person themselves,” Reynolds said in a March 2020 NPR interview. The book sets out to give young people access, and for Kendi, it allows students to “really understand this nation’s history.”

One of the ambitious efforts led by the association was the formation of ACT Anti-racists Coming Together to discuss the importance of diverse literature at a local school board meeting.

“Taking away that book would have completely whitewashed history, and that’s not what we are for,” Ashley Walker, one of more than 400 members of the Round Rock Black Parents Association, told NBC News.

Additionally, thousands of community members and educators signed a petition that would call the attention of the district’s board of trustees to eventually keep the book on school shelves.

The fight doesn’t stop, despite the board’s decision. Eager to educate their kids about the truth of Black history, Walker said parents bought the book for their children prior to the final decision.

“In case the book did get banned, we still had people who were going out supporting this book, and showing that we are truly about learning the full story,” she said.