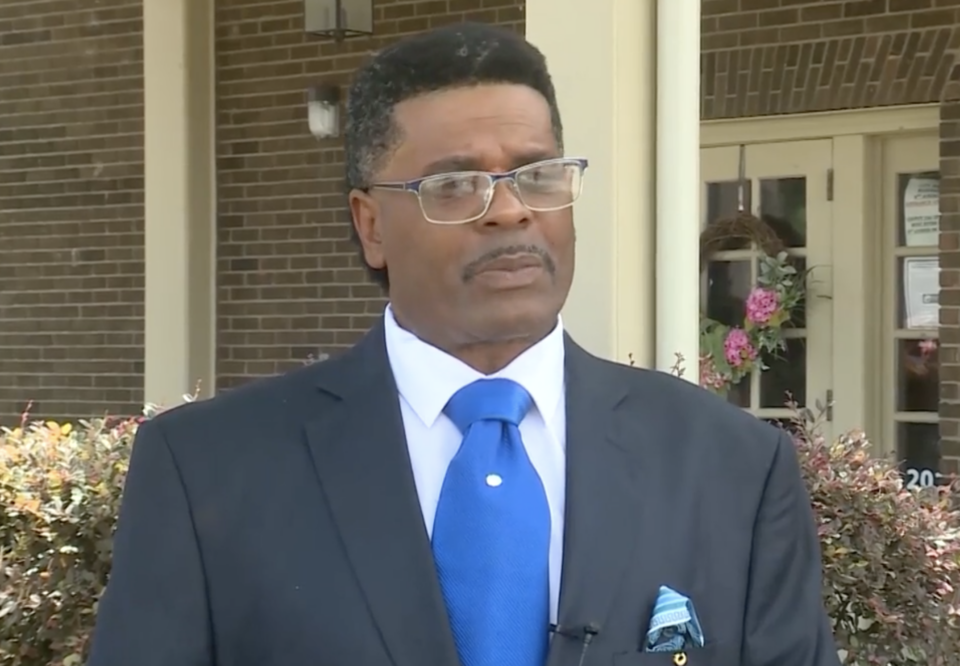 On Friday, Black pastor Michael Jennings filed a federal racial profiling lawsuit against three Alabama police officers and the city, after he was taken into custody while watering a neighbor’s lawn.

NBC News reports that the longtime pastor at Vision of Abundant Life Church in Sylacauga, Alabama, was arrested in May after police responded to a 911 call of a suspicious person, made by a white neighbor. He was charged with obstructing government operations for not providing identification; the charge was later dropped.

As previously reported, officers are seen approaching Jennings through body cam footage as he waters his neighbor’s flowers with a hose. They then ask him about the parked car in the driveway, if he lived at the home, and for identification. The pastor refuses to provide ID, stating multiple times that he did nothing wrong as he continues to water the plants. He had permission and was doing his neighbors a favor.

A Black pastor in Alabama says he was wrongfully arrested and charged with a crime while he was watering his neighbor's flowers. pic.twitter.com/tUql6aPGsM

The next frame shows Jennings handcuffed and led to the police cruiser as the officers talk amongst each other, pointing to the pastor’s refusal to provide identification as the issue.

During a news conference on Saturday, Jennings claimed the officer “already figured I was guilty by the way he questioned me and the way he talked to me.”

He continued, “One thing I want to make crystal clear, I’m not anti-police. We need the police. Without the police, we’ll have full chaos. But there’s bad police, there’s good police. But what they did that day, they did with impunity, figuring there would be no action taken against them. I felt dehumanized.”

The white woman who called 911 then tried to tell police she actually did know Jennings after he was in handcuffs. The lawsuit said that even though his wife arrived attempting to show his identification, the pastor was still taken in.

Childersburg police “refused to release Pastor Jennings from their custody and took him to the Childersburg City Jail and then he was booked and transported to the Talladega County Jail,” read the filing.

With the lawsuit, Jennings hopes something shifts in the way police go about racially profiling people.

“I’m not here for revenge,” the pastor said. “I’m here for accountability and for justice.”