Black Robotics Engineers on Whether Robots Will Kill Us All 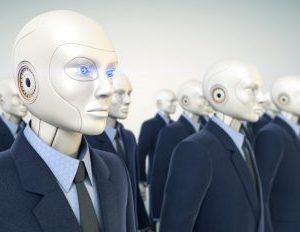 On a lively panel at Black Enterprise’s TechConneXt Tech Summit, two black robotics engineers discussed artificial intelligence and robotics. Both weighed in on whether robots are harmful to human beings, and especially to the livelihood of people of color.

A portion of the panel focused on the anxious perceptions people harbor about robots and their threat of replacing human labor as well as their potential danger. 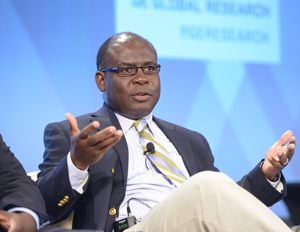 Many Jobs Will Become Obsolete

Southern was adamant that these machines would replace some jobs. “There is already a robot chef,â€ he told the audience. Indeed, German company Moley Robotics created a robot chef that can create a meal from scratch by mimicking the movements of a human chef.

He also mentioned that many fast-food enterprises are looking at robots as a way of automating business operations and cutting costs.

Trebi-Ollennu quelled some fears about job loss after an audience member asked about robot labor’s impact on blacks and other minorities, who are already at a disadvantage in the job market.

Robots mean that there will be more “high-skillâ€ jobs available, said Trebi-Ollennu. He mentioned that it is important that classrooms provide adequate skills young people will need to work in a high-tech world.

Some of the new jobs that will be in demand according to both panelists will include robot programmers, technicians, builders, and people that can fix and maintain automated vehicles.

How Deadly Are Robots?

One woman in the audience asked the question that was surelyÂ in the back of many minds: With artificial intelligence and robotics, can intelligent machines hurt or even kill humans?

Southern pointed out that many industrial robots are huge machines with the ability to crush or maim any humans working next to them. He said that “collaborative robotsâ€ are a big area of research because they allow robots and humans to work safely side-by-side.

Trebi-Ollennu insisted that any notion of robots eventually dominating or killing humans was the stuff of science fiction. “We use them as tools to help humans,â€ he assured.