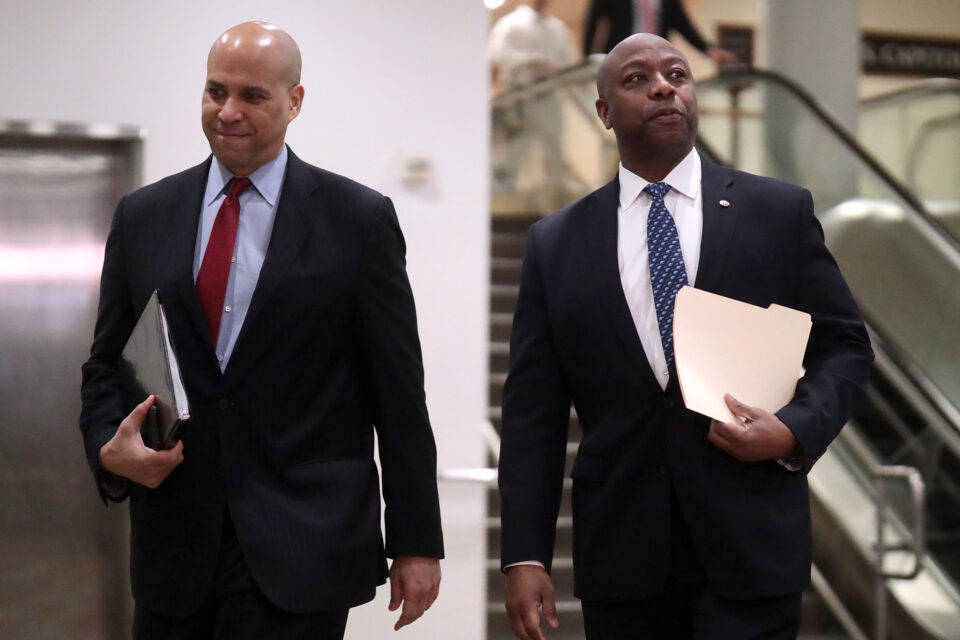 According to the New York Times, the senators took opposites sides in a debate on voting rights legislation, the voting rights of Black Americans, and how the South is viewed in the effort.

“I ask myself how many Americans understand what Jim Crow was,” he said, mentioning literacy tests, intimidation and the threat of lynching, and calling the comparisons “offensive to millions of Americans who fought, bled, and died for the right to vote.”

Scott also pointed out that two of the three sitting Black senators, him and Sen. Raphael Warnock, represent Southern states.

“It’s hard to deny progress,” Scott said, when “two out of the three come from the Southern states that people say are the places where African American votes are being suppressed. Not to mention the fact that 2020 was a banner year for minority participation.”

Booker took the floor next and wasted no time going after Scott and Republicans, saying it’s a fact that it’s harder for Black Americans to vote.

“In the United States today, it is more difficult for the average African American to vote than the average white American. That is not rhetoric, that is fact,” he said, adding, “Don’t lie and say there’s not a disparate voting reality for Blacks and whites in this country right now. The facts speak differently.”

Booker then ran off a bevy of statistics to prove his point, including that Black voters have to wait in line longer to vote than White voters and many of the polling sites that have closed in Texas since the Supreme Court weakened the Voting Rights Act in 2013 have been in counties with rising Black and Latino populations.

“Don’t lecture me about Jim Crow,” Booker said. “I know this is not 1965. That’s what makes me so outraged. It’s 2022 and they’re blatantly removing more polling places from the counties where Blacks and Latinos are overrepresented.”