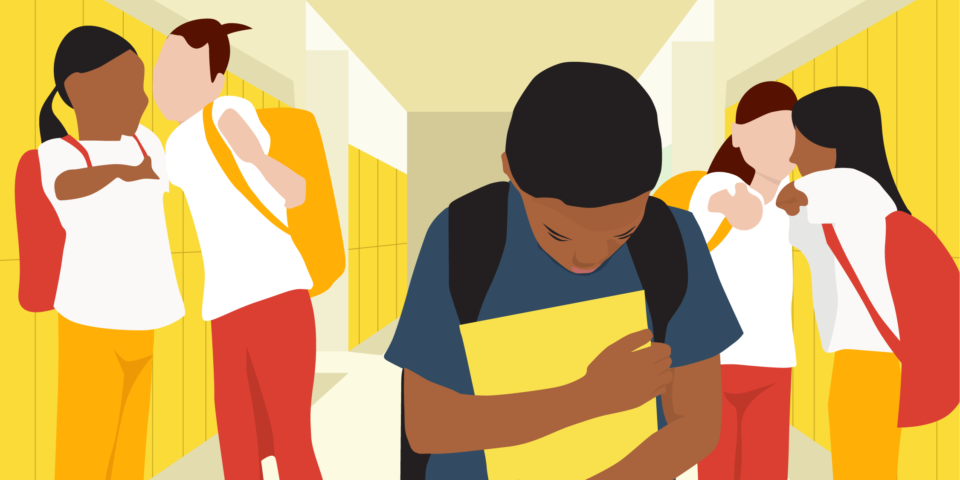 Students of color are facing racial slurs and bullying in and outside of school and many who are fed up have been walking out of class, speaking at board meetings, and even suing school districts. (Image: Parents.com)

Students of color are facing racial slurs and bullying in and out of the classroom; now, many are fighting back, walking out of class, speaking at board meetings, and even suing. Walkouts protesting bullying have been reported in Michigan, Ohio, and Missouri.

School bullying has always been a thing, but its frequency and harshness have increased over the years, especially for minority students. In Minnesota, a 14-year-old Black girl spoke out condemning a video  shared online where she was encouraged her to kill herself. Additionally, In Utah, a school district is under pressure from parents after a Black autistic girl who said she was bullied by classmates died by suicide.

As Republican states, lawmakers and parents are trying to limit teachings and books in school on racism and the history of White supremacy, incidents of bullying have increased across the country.

“It’s everywhere, it’s not a new thing. This isn’t something that is just now happening. It’s just now getting attention, more than it has (gotten) before,” Sean Sorkoram, a high school student in Tigard, OR, who was part of a walkout on Wednesday, told a CNN affiliate.

According to CNN, students at Tigard High School in Oregon walked out this week in protest of a video posted on social media showing students using racial slurs.

A new report by the Government Accountability Office estimated more than five million students between 12 and 18 were bullied during the 2018-2019 school year and 25% of those students were bullied due to the race, national origin, religion, disability, gender or sexual orientation.

The report adds more than one million students were subjected to hate speech during the same school year and among those incidents, half targeted the student’s race and 24% are related to their national origin.

Now, some students and parents are fighting back in court.

In Michigan, the Black parents of a student in the Bloomfield Hills High School district have filed a $150 million class action suit days after a student walkout and protest over the district’s response to racist messages being drawn on school walls.

The suit, filed last month, states Black students and their parents “have experienced racist, unfair, hurtful, and at times dangerous interactions” at Bloomfield Hills High School by both White staff and students and district officials have done little to stop racial discrimination.