Black Students Out-Voted Their Peers in 2012. Will They Do It Again? 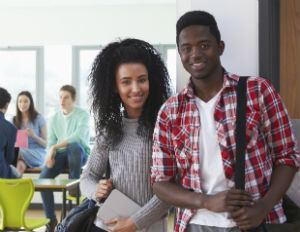 Last week, the The National Study of Learning, Voting, and Engagement (NSLVE) at Tufts University’s Jonathan M. Tisch College of Civic Life released its analysis of the voting habits of college students.

The study revealed telling insight on how college students may vote during the 2016 election season. According to its press release, their findings include:

– Overall, college students in the NSLVE study voted at a rate of 45% in 2012, with those eligible to vote for the first time voting at a lower rate of 40%.

– Among all racial/ethnic groups, black students voted at the highest rate (55%). Among black students, women in the study voted at a rate of 61%, while men voted at 44%, which was similar to the percentage of white men (45%).

The director of the study, Nancy Thomas, praised college students for participating in the electoral process, but noted that numbers could be higher.

“While college students are voting in higher numbers than young people overall, these data show that there is still significant potential to increase voting and political learning on campuses, particularly with regard to first-time voters. In 2016, universities can and must do more to build the type of campus climates that not only reduce barriers to voting, but increase students’ motivation to participate,” Thomas said.

The study also raised the question of whether black students will continue their record-breaking political engagement. As noted above, black students had the highest voter turnout rate of any other racial or ethnic group in 2012.

For more on the study, here’s an infographic from The Institute for Democracy and Higher Education.