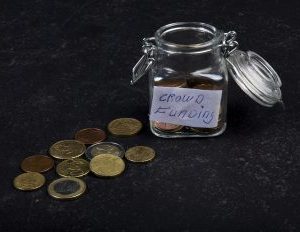 Minority-owned tech startups are turning to a new model to raise capital: equity crowdfunding, which gives investors equity ownership in the company.

Most crowdfunding is “rewards-based.â€ Investors earn “perksâ€ for their contribution to a startup. Crowdfunding sites such as Kickstarter and Indiegogo have made this type of crowdfunding a commonplace way for startups to raise capital.

A new venture, DreamFunded, pairs those looking to invest in a company with founders seeking funds. It is a members-only crowdfunding platform. The DreamFunded team screens and vets all startups. Members, in turn, can select from the startups they wish to invest in, in many cases, for as little as $10.

“We’re actually going to be launching our equity crowdfunding round of $100,000 on VC firm DreamFunded.com as soon as Nov. 8. We have been approved by the SEC to offer our securities via a CrowdSAFE note to everyone. Both non-accredited and accredited investors,â€ says Rivers. Bluurp is seeking investments starting at $60 and up.

Carolyn Brown, Black Enterprise’s senior editor, small business, shares that equity crowdfunding makes it easier for startups to appeal to a broader base of investors under new federal rules.

“Essentially, non-accredited investors or individuals with a net worth or annual income of less than $100,000 can put up cash in startups under the new rules, which make up Title III of the JOBS Act. They can invest $2,000 or 5% of their annual income or net worth, whichever is less. Companies can now raise up to $1 million across state lines without prior approval,â€ writes Brown.

Another advantage is that investors of color have the opportunity to build personal wealth if the company he or she invests in flourishes and eventually goes public.

The risk is obvious; 90% of startups fail. Zero return on investment is a likelihood. However, DreamFunded seeks to minimize financial risk by offering low-cost investments and rigorously vetting the startups promoted on its platform.