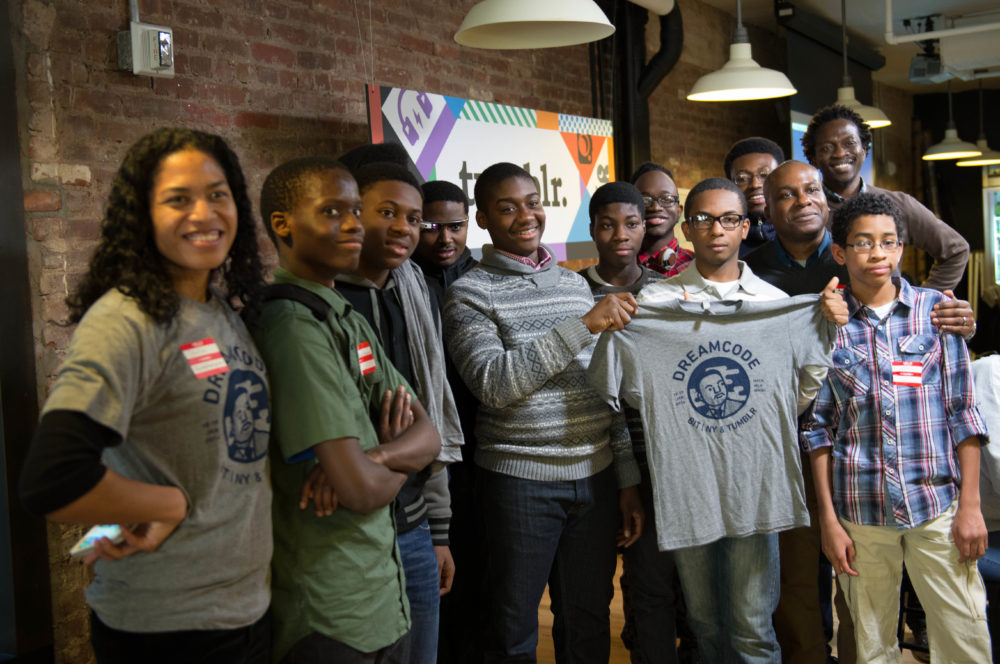 Seeking to mobilize technophiles in hacks that further Dr. Martin Luther King, Jr.’s values, Black Techies joined forces with Tumblr to organize the MLK Dream Code Hackathon.Â  Beginning the morning of January 18, the 30-plus-hour coding event attracted a mixed crowd of approximately 30 programming newbies and seasoned developers, graphic and interface designers, and engineers, among others to Tumblr headquarters in the Flatiron District in New York City’s Silicon Alley.Â  In true collaborative spirit, organizations such as All Star Code, Blacks in Tech and Silicon Harlem showed their support for Black Techies’ first overnight event.

The brainchild of Tumblr engineer Kyle Wanamaker, Black Techies was birthed in 2011 in response to the lack of tech startup founders and techies of color at meetups. In an effort to diversify the space, specifically engineering, Wanamaker founded Black Techies to create a comfortable landscape where programmers could build and learn from one another.

“If you’re in an environment where you’re the only Black programmer, it’s really tough to say, ‘Hold up! I don’t understand this,’ because you don’t want to be seen as incompetent,â€ said Wanamaker to BlackEnterprise.com. “I wanted there to be a safe place for people to learn, for people to admit sort of what they don’t know, and to build a community of learning and mentorship and entrepreneurship so that hopefully in the next 10-15 years, we can create wealth through startups and have an intellectual vision that’s going to come through technology.â€

Wanamaker’s vision was evident during the weekend event, where seven teams hacked it out in the name of social good.

Web developer Georgianna Pinto and team members created Our Black Box, a site that would visualize statistics like graduation rates, the wealth gap, and other data involving the African-American demographic via an interactive map. The sextet envisioned an online portal that housed this data so that solutions can be made. As Pinto phrased it, the platform would highlight the small marches in your community that you can participate in.