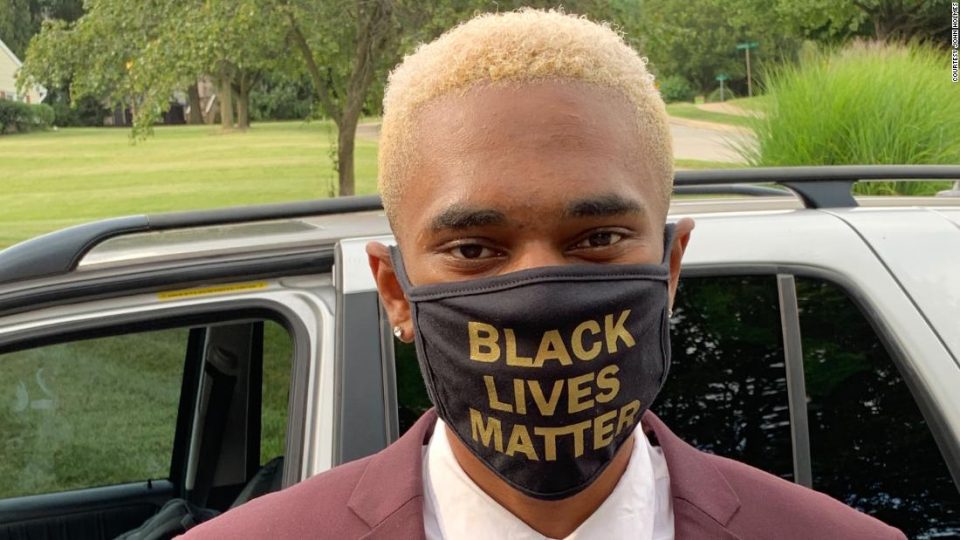 The Black Lives Matter movement has become a topic of conversation across the country with more and more people becoming vocal about ending police brutality and racial injustice. This week, a young high school graduate found himself at odds with his school when he was forced to take off his face mask because it read “Black Lives Matter.”

Eighteen-year-old Dean Holmes, who attends York Catholic High School in York, Pennsylvania, was told by school administration that he had to remove the mask due to its political affiliation if he wanted to take part in his graduation ceremony. “I was so mad,” Holmes tells The New York Post. “That’s pretty much them saying ‘No, we don’t care about you at all. We don’t care about your health … and we also don’t care about you as a Black man.’”

The New York Post reports that John Holmes, father of Dean, detailed the incident in a lengthy post on his social media, describing the racist incidents his son was subject to at school. One of those things was being told that he was not allowed to read a speech about activism because it was deemed “too controversial.”

“As a parent I will not stand for my son being humiliated publicly, having his basic human dignity crushed on what should have been one of the happiest days of his young life,” he wrote. “My son literally was discriminated against in plain sight based on his race and his prior civil rights activism, and this latest action is part of a pattern and practice of discrimination at York Catholic and it cannot stand unchallenged.”

The school has responded to the backlash in a statement on its website saying they asked Holmes privately to remove his mask and that they have strict guidelines prohibiting caps, gowns, and masks with political messages at the ceremony.

“The graduate mentioned in the statement by the parent did not seek permission to wear a face mask in addition to the face shield, nor was the face mask worn at all during the 45 minutes prior to the processional portion of the ceremony,” the school wrote in a post. “It was not until the last minute, right before entering the church, that the face mask with writing was put on.”