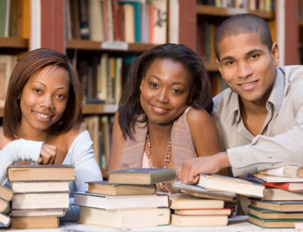 While the recent U.S. employment report shows a steadily strengthening labor market, the discrepancies between varying demographic groups; particularly black teens, when it comes to unemployment levels are striking.

Overall, U.S. employers created 287,000 new jobs in June, the highest rate since October. Leisure and hospitality, healthcare, and social assistance lead the way. The June employment report puts to rest, for the moment, that a slowdown and global economic growth is taking a toll on the U.S. job market.

“After the weakness in payroll job growth the last two months, this month’s employment report gives us a reason to be optimistic about the future of the economy,”says Elise Gould, Â senior economist and director of health policy research at the Economic Policy Institute, (EPI)

“The high rate of black teen unemployment is an indication of an economy that is still far from full employment and limited job opportunities available to youth,”says Valerie Wilson, director of the program on race, ethnicity, and the economy at EPI.

Wilson and other economists cite differences in education levels, experience, and other socioeconomic factors for the discrepancy between black and white employment levels. Wilson adds, however, that discrimination also plays a significant role.

“Even when you compare blacks and whites with the same backgrounds, blacks get less employment opportunities,” says Wilson.

“When we say racial discrimination, we often have work practices in our minds, but it’s taken on different forms. It’s not as bleak as it once was, but it still plays out in decisions and perceptions about blacks,” she adds.

As for solutions, Wilson points out that the overall implement picture proves it will improve for blacks. In addition, we need to turn up the focus on education job training and reentry programs, as well as other job creation efforts in communities that have high unemployment rates.