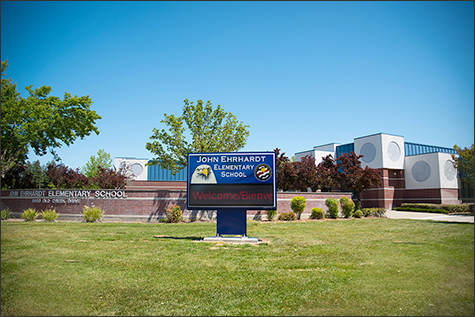 There’s been a disturbing string of recent deaths of black men found hanged, all initially ruled as suicides. According to authorities, the latest one has taken place in Harris County, Texas, as the body of a black teenager was found hanging in the parking lot of an elementary school earlier this week according to The New York Daily News.

Based on a tweet sent by the Harris County Sheriff’s Office, officials believe the teen’s death to have been a suicide.

“Based on security video, witnesses, and other evidence, preliminary indications are the male hanged himself. There are currently no signs of foul play. Cause of death is pending autopsy.”

Deputies were called to the parking area of a school in the 6600 block of Rosebrook, where a teenage black male was found deceased. Based on security video, witnesses and other evidence, preliminary indications are the male hanged himself. #hounews pic.twitter.com/XH78MEnf4u

The Harris County Sheriff’s Office said that deputies found the deceased 17-year-old in the parking lot of Ehrhardt Elementary School in Spring, Texas, which is located just 22 miles north of Houston. The teenager’s identity has not yet been revealed.

According to ABC7, the school district issued the following statement:

“On Tuesday night, an individual was found in distress on the property of Ehrhardt Elementary School. First responders immediately began attempts to save the individual’s life. The individual did not survive. This matter remains under investigation by the Harris County Sheriff’s Office. Klein ISD grieves this tragedy. The district offers the full support of our counseling team to all members of the Klein community. If you are in need of support, please visit kleinisd.net/gethelp.”

The teenager is the latest black male to be found hanging from a tree. Earlier this week, The Los Angeles Sheriff’s Department had initially stated that 24-year-old Robert Fuller had died by suicide. Another black man, 38-year-old Malcolm Harsch, was found dead in similar circumstances on May 31, also in California.

Both families have disputed that their loved one committed suicide and have demanded an investigation. According to TIME, the FBI, the U.S. Attorney’s Office for the Central District of California, and the Department of Justice Civil Rights Division are “actively reviewing” the deaths.