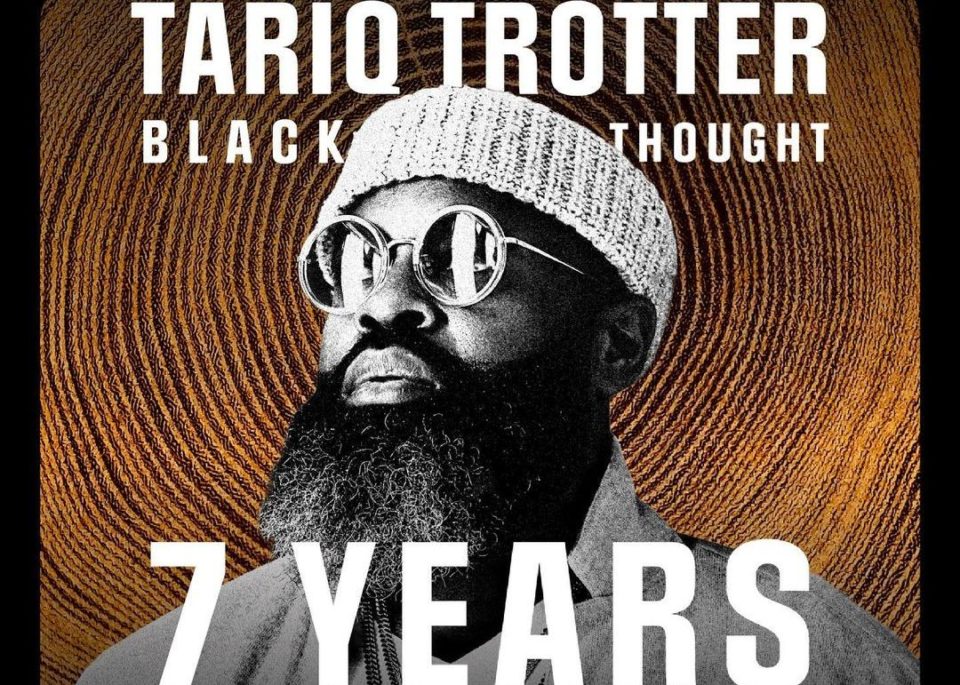 Tariq Trotter, also known as The Roots’ lyrical leader, Black Thought, has been involved in many conversations on where he is as a lyricist in the always disputed talk of greatest emcees to ever grace the microphone in hip-hop.

Trotter is often heralded as being underrated due to not having the type of record sales and/or recognition afforded less lyrically-inclined artists. But, according to a recent project, we actually get to hear Black Thought’s start on the lyrical journey he has been on since his young days as a burgeoning rapper.

In an announcement on his Instagram account last week, Black Thought alerted his fans about the project as one of his first freestyles is featured on the Audible Original project that was released on July 8.

“This has been almost two years in the making…and I’m honored and excited to announce that my new @audible original piece “7 Years” comes out today.

“It’s inspired by one of my life theories that every 7 years I should be actively working to become better creatively, emotionally, personally, and mentally as my body also changes and new cells replace the old. So in this piece of words and music I’m sharing some of these key important periods that have made me into the man I am today—with an original musical score that highlights the very first freestyle I ever wrote to our @theroots classics to performances of some of my more recent pieces”

Earlier this year, it was reported that the hip-hop band known as The Roots, was collaborating with Disney Junior for a new animated short series that will be focusing on race, racism, and social justice.

The animated series is titled, Rise Up, Sing Out. The Roots group members, Ahmir “DJ Questlove,” and Black Thought have teamed up with Disney Junior in collaboration with Academy Award®-Winning Lion Forge Animation.

“The series will feature music produced and performed by Questlove and Black Thought of the Grammy Award®-winning musical group The Roots. It will be executive produced through their Two One Five Entertainment production company alongside Latoya Raveneau (Disney+’s highly anticipated “The Proud Family: Louder and Prouder”), who also serves as an executive producer. The Conscious Kid, which is an organization dedicated to equity and promoting healthy racial identity development in youth, will be working with them in a consulting role on the series and they will develop a viewing companion guide for parents.”