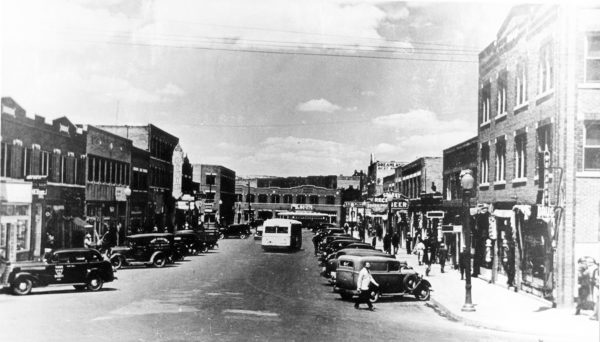 After a long battle, the affluent Black-owned community Greenwood District, also known as Black Wall Street, has been listed on the National Register of Historic Places, the Oklahoma Historical Society and State Historic Preservation Office announced Friday, according to Tulsa World.

“The citizens of Greenwood rebuilt their community (after the 1921 Tulsa Race Massacre) only to see it decline again due to urban renewal and construction of an interstate highway in the 1960s,” said Oklahoma Historical Society Executive Director Trait Thompson, per the news outlet.

“Today, Greenwood is enjoying its third renaissance, and the National Register placement will help civic and community leaders in Tulsa continue to tell this important story to a national and international audience,” Thompson continued.

Recognized as a freedom colony, Black Wall Street was a thriving mecca of black enterprises fueled by Oklahoma’s oil boom during that time. The entrepreneurs of Greenwood continued to work with other businesses to pour and circulate resources within the Black community.

In 1921, Greenwood was attacked by a mob of White Tulsans who burned 40 square blocks to the ground. Hundreds of people were killed and thousands lost their homes or businesses.

“The district is locally significant for its development as a self-contained, city-within-a-city due to Tulsa’s strict segregationist policies that excluded African Americans from white businesses, neighborhoods and schools during the early and mid-20th century,” the State Historic Preservation Office said in a release, per KFOR.

Freeman Culver, president of the Greenwood Chamber of Commerce, said the listing on the registry will attract more resources to the district.

“It helps us qualify for national grant opportunities,” said Culver, per News on 6. “It kind of lets everyone know how important it is and how critical it is for resources to come to this area. We love the growth around us, but we want to preserve the Greenwood District Not just for tours, but for the local community.”