This Black Woman Is Building Apps Without Coding 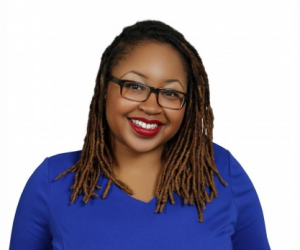 Tara Reed started out just as any other entrepreneur would; with a business idea and a dream. After hacking a product together, her project received funding from 500 Startups, one of the most prestigious accelerators in the world. However, what she didn’t realize was that an entirely new business would grow out of her need to push the product out to market while lacking the technical skill-set to actually build it.

In 2014, while Reed was working at Microsoft, she applied to an accelerator program. This led to the launch of Kollecto, a platform that helps young professionals find cool art for their homes.

Kollecto initially started off as a side project for Reed. She would travel from Seattle to New York every week to attend the accelerator, catching a red-eye back and forth for three months straight.

Being a non-technical founder led to some very creative thinking, piecing off-the-shelf tools together to create a platform that, from the outside, looked amazing. Although, technically, she hadn’t built an extensive product that met Silicon Valley standards, or any standards, for that matter. However, Reed knew the real secret to generating traction, and she was actually making money.

“I had this crazy set of tools that I was stringing together to create an experience that felt like cool technology to my users, but really, I was using surveys in a really fancy way. Every week, I would load up a ton of artwork that had been curated by my team, and all these pieces of artwork had tags on them based on their price and on the type of artwork they were. I would send people an email that would basically send them to a dynamic survey that was hiding and showing pieces of art based off of the preferences they chose when they [initially] signed up,â€ Reed told BLACK ENTERPRISE. This resulted in generating $35,000 in revenue.

What Reed quickly found was that there was a huge demand from folks in the same position, who didn’t have the technical skills to build their products. However, they also didn’t possess the kind of creative mind that Reed had, so she decided to lend her services for a fee. Thus, a new venture was born.

Reed now helps non-technical founders get their products off the ground without spending lots of money. If you are in a position where you need some advice and resources, visit the link here.