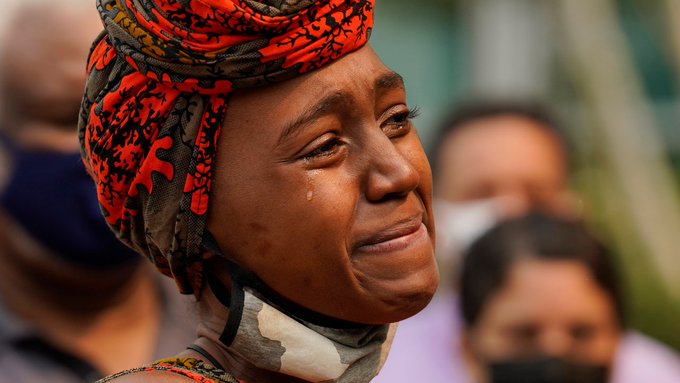 A Black woman who was thrown to the ground and knocked unconscious by two white police officers in California last summer has sued the officers who assaulted her.

According to CBS Sacramento, Nakia Porter has filed a lawsuit against the arresting officers who assaulted and knocked her out last summer while she was traveling with her family.

Porter drove off the road to switch with her 61-year-old father, Joe while her three young children were in the back seat. Two Solano County sheriff’s deputies approached and pulled out their weapons before slamming her to the pavement on the night of August 6 and knocking her out in the process of handcuffing and then arresting her. The lawsuit also alleges that the officers lied about the incident to the paramedics who responded to their call and also on their official reports.

The events unfolded as Porter and her 61-year-old father were making a 100-mile drive home to Orangevale, which is northeast of Sacramento after they had made a family trip to Oakland. Body camera footage shows that the arresting deputies, Dalton McCampbell and Lisa McDowell, stopped the vehicle along a rural road in the town of Dixon on the night of Aug. 6, 2020.

The two police officers pulled up in their squad car with lights flashing. Nakia and Joe explained to the deputies that they were just switching drivers and would be on their way. The deputies stated that they noticed the car had a California plate on the back of the car, and a Maryland license plate on the front, which is the reason they approached them.

“However, the deputies called in the rear license plate to their dispatch and knew that it matched the description of the car and that there was no report of the car being stolen,” the lawsuit states.

Based on the bodycam footage that was obtained by The Associated Press, McCampbell, with his weapon drawn, ordered Porter back to the driver’s side, and he and McDowell went to go detain and that’s when the deputies pushed Porter against the squad car and then knocked her to the pavement while they tried to handcuff her.

Porter then alleges that the two deputies punched her in the head and the stomach, placed a knee on her back, and pulled her hair. She stated that she had passed out within seconds after the deputies closed the handcuffs.

“I think she’s out,” McCampbell said on the video.

Porter spent the night in jail on suspicion of resisting arrest but she was never charged.

“Thankfully, the video evidence contradicted the fabricated facts,” Almadani said. “So what occurred here, we believe, was a racially motivated beating and terrorizing of a Black family.”