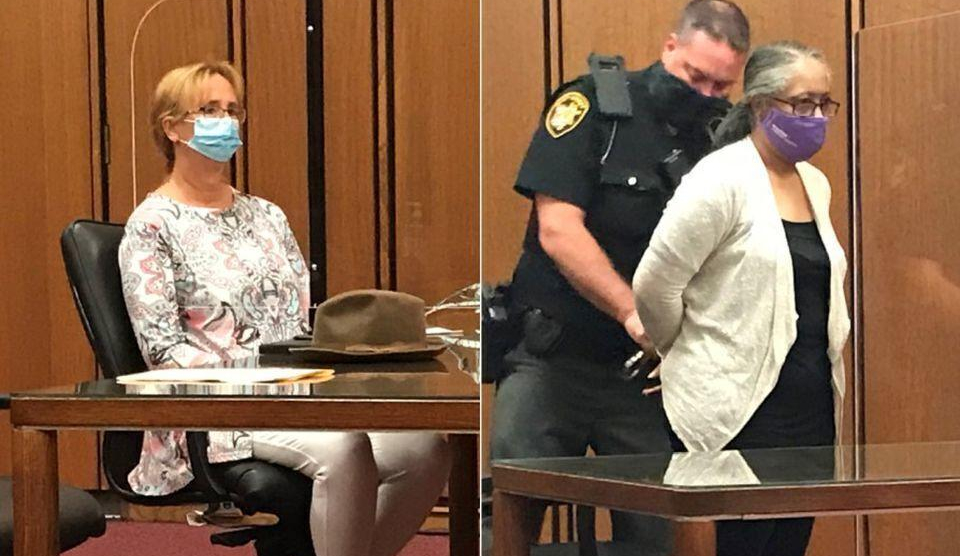 If we needed recent proof of how systemic racism works, the justice system in Ohio is exhibit A.

Karla Hopkins, 51, a former secretary at Maple Heights High School, pleaded guilty back in June to one count of theft in office, a third-degree felony. She was facing the likelihood of probation up to a prison sentence of three years. She pled guilty to stealing more than $40,000 from school money meant for the Class of 2018 and received the 18-month sentence.

The money was stolen between July 2017 and June 2018 from programs that included the class of 2018′s dues and yearbook fees. The money stolen was also from auto tech, student council, flag-drill teams, and book and ID badge fines, according to prosecutors. Assistant Cuyahoga County Prosecutor James Gutierrez asked Cuyahoga County Common Pleas Court Judge Rick Bell to impose a 9 and 12 months prison sentence.

A day before, however, another public employee who had stolen nearly $250,000 over the course of 20 years from the village of Chagrin Falls, received probation.

Debbie Bosworth, a White woman, was a clerk in the village’s utilities and building departments. She had pleaded no contest to 22 counts, which included third-degree felony theft in office charges. Bosworth admitted to stealing more than $20,000 a year as the residents in her town paid their water bills in cash. After being caught back in 2019, she began paying back the money she stole and the prosecutors seized more than $200,000 from her account. Bosworth resigned and kept her pension. Common Pleas Court Judge Hollie Gallagher sentenced Bosworth to two years of probation.

“It’s kind of hard to figure how you can end up with results that are so different for similar kinds of actions,” former longtime Cleveland Municipal Court Judge Ronald Adrine told The Hastings Tribune.

“Cases like these point out the need for the system to do a better job of reviewing the data because there’s lots of disparity between the way that people of color and white people are treated,” he added. “But it doesn’t get captured because nobody’s really looking.”