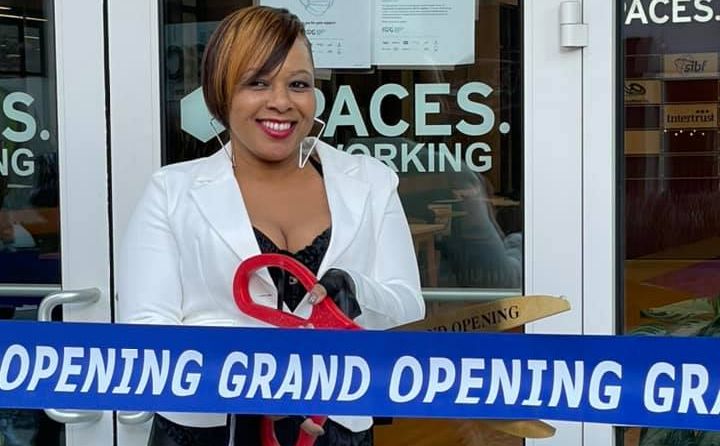 Black News has reported that Tina Redmond, who uses the moniker DJ Chic Chick, is now the owner of Atlanta’s newest Black-owned radio station and television network, TRACC Radio and TRACC TV. The Inglewood, California, native says she created the two media platforms in an effort to offer independent artists, celebrities, as well business owners the chance to have their talent and or product promoted on a worldwide basis.

Previously, Redmond was working in Hollywood as a SAG-AFTRA actress and also performing production work behind the scenes. After years of being a part of the industry, she decided she would start producing music documentaries. She decided to go back to school for radio broadcasting and take some DJ lessons, which led to her becoming a DJ.

After attending Santa Monica College for radio broadcasting and then taking private DJ lessons at Scratch Academy in LA, DJ Chic Chick was born. She was inspired by the influence of several New York DJs such as DJ Scratch and Kid Capri. In 2018, Redmond AKA DJ Chic Chick moved back to Atlanta where she once owned an entertainment company called “Cali Chic Studio” in Buckhead. Two years later, she has opened her radio station in Atlanta with plans to one day open one in Los Angeles after the pandemic slows down.

According to the TRACC Radio website, “TRACC RADIO is a top 40 station with an added unique style, that breaks independent artists, new records, as well as mainstream artists & their new projects. On TRACC RADIO you hear new & old school mixes by some of the hottest djs from all over the world. With each Dj being from a different place you as the audience, get to experience the genre of music known for in each Dj’s hometown.”