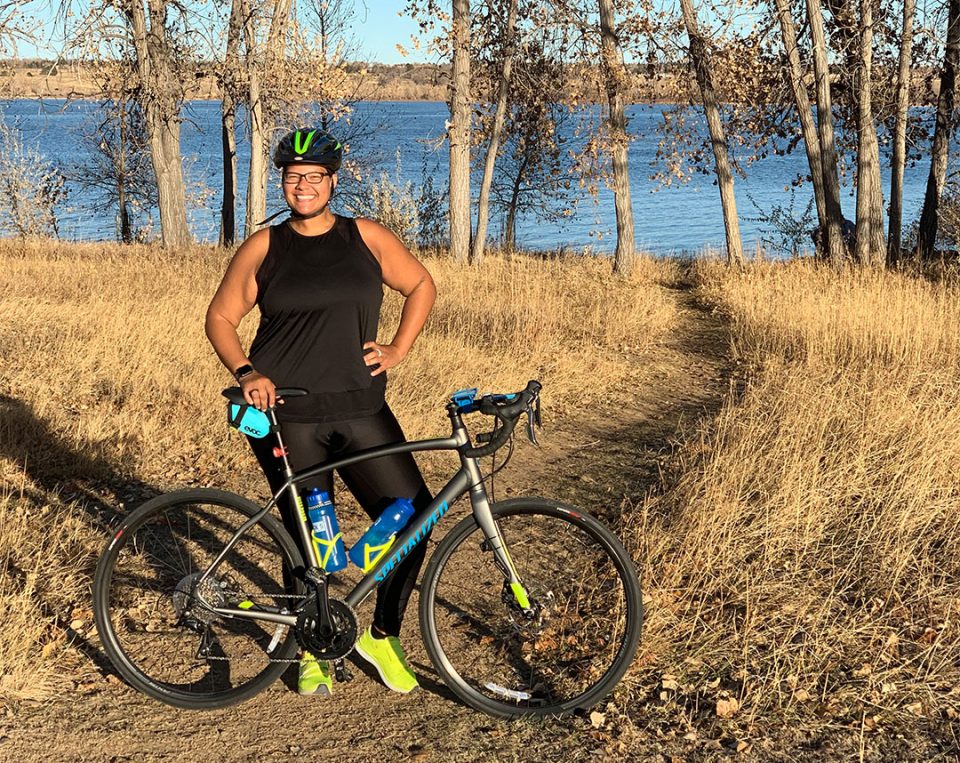 Alisha Zellner, a police officer in Fort Collins, Colorado, is working—and biking—hard to change the system from the inside. She’s pledged to bike 400 miles over the month of July to support the movement for Black lives.

As both a police corporal for Colorado State University and a Black women, Zellner is in unique position when it comes to issues of racial justice, police brutality, and criminal justice reform.

“The complexity and intersectionality of so many of my identities make moments like this very conflicting for my heart,” she said to PEOPLE. “Many people will never know or understand what that feels like.”

“Sometimes it can be very maddening, and it really just comes down to having perspective because I’m in both roles,” Zellner told the Coloradoan. “I wear the uniform 40 hours a week, but I am Black 100% of the time.”

Zellner started Bike Ride for Black Lives to “honor the 400+ years the Black and African American community has been fighting for social justice in the United States,” she says on her GoFundMe page, where she’s raising contributions for Black Lives Matter, the NAACP Legal Defense Fund, the Equal Justice Initiative, the National Museum of African American History and Culture, and the Civil Rights Museum in Atlanta.

She got the idea after participating in the Police Unity Tour, a 250-mile bike ride during National Police Week that honors officers who have died in the line of duty and raises money for the National Law Enforcement Officer’s Memorial.

Zellner also created a community bike ride in Fort Collins on July 12th, inviting everyone to bike that day’s 12 miles with her, to “honor all those who have been killed due to police brutality and bring awareness to the justice that still needs to be served,” according to the Facebook event page. More than 200 people joined her.

“I felt like riding bikes rather than marching and protesting would be something different, something this community had not necessarily seen before, and a way for people to still maintain social distance during the pandemic,” Zellner told PEOPLE.

Zellner always had an interest in law enforcement, but felt a clear calling after the police killing of Michael Brown in Ferguson, Missouri, in 2014. “One of the big things that you had there was a predominantly Black community that was policed by a predominantly white department,” she told the Coloradoan. “That’s when I was like, you know what, this is my opportunity here to be that change and to go out and put on a uniform and be a person of color in uniform—be someone that people can trust, be someone that is there making change from the ground up.”