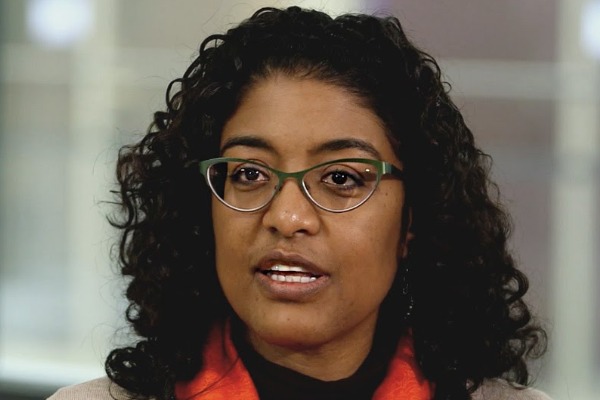 A Black woman is finally being hailed as her high school’s valedictorian 38 years after the school snubbed her of the title.

Tracey Meares had the highest grades among her classmates and was on the way to becoming Springfield High’s first Black valedictorian in 1984, The Guardian reported. However, Meares was forced to share the title of “top student” with one of her white peers.

On Saturday, the school finally honored Meares following the recent release of the documentary No Title for Tracey. Despite the snub occurring nearly four decades ago, Meares can still remember the pain she felt at the time.

“It was incredibly upsetting when I was 17,” Meares said. “I remain angry about it today, and sad.”

Meares, a top legal scholar at Yale College of Law, can recall school officials at the time, possibly tampering with her school records in an attempt to snatch the valedictorian title.

“I was called to my counselor’s office, and she told me what had happened,” Meares recalled. “She said she put a lock on the file cabinet to keep anyone from getting in there again and tampering with my school record.”

Prior to 1984, Springfield High always had a valedictorian and a salutatorian, as noted by the State Journal-Register. But, as Meares’ graduation approached, school officials opted for “top students” where Meares and Heather Russell, a white student, received the honors. Springfield wouldn’t return to naming valedictorians and salutatorians until 1992.

“It was not an individual act,” Meares’ father, Robert Blackwell, added. “That’s what makes it systemic.”

In addition to the documentary and finally receiving her rightful valedictorian title, the Southern Illinois University Institute for Plastic Surgery announced the “Tracey Meares Representation Matters” scholarship in her honor.