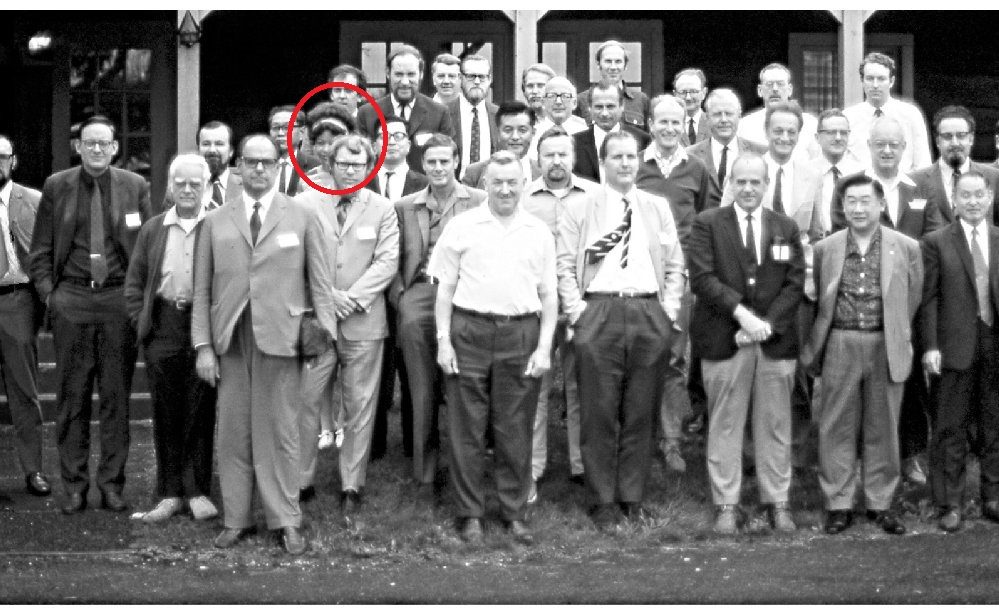 Despite obtaining a master’s degree in biology, Sheila Minor Huff initially struggled to find work in her field. It was the 1970s and the odds of a woman or a person of color being hired to work in STEM were slim. Instead, Minor Huff, who was both black and a woman, was offered stereotypical desk jobs. But she refused to minimize her worth and went on to lead a prestigious, three-decade-long career in STEM. Her groundbreaking work, however, has remained unknown for decades—until now.

Minor Huff’s extraordinary achievements were not revealed until a writer named Candace Jean Andersen discovered a photo a few weeks ago while she was digging through the archives of the National Oceanic and Atmospheric Administration (NOAA). There, buried in dozens of documents, was a picture of a mysterious black woman standing in a sea of white men. It was taken in 1971 at the International Conference on the Biology of Whales in Virginia, a gathering of prominent experts in marine biology. Only the men in the photo had been named.

Eager to identify the unnamed woman, Andersen posted the photo on Twitter and asked users for help. “My curiosity nagged at me, not knowing who the woman in the photo was, or perhaps what she may have contributed to the conference,” she told The New York Times.

“Hey Twitter I’m on a mission,” Andersen posted on March 9.

The woman in this photo was an attendee at a 1971 International Conference on Biology of Whales.

She is the only woman, & the only one captioned "not identified" in the article I found the photo in. All the men are named.

Can you help me know her? pic.twitter.com/MifZvdRXRr

Hundreds of people from around the world responded to her tweet, including Dee Allen, a research program officer at the Marine Mammal Commission. Allen did some investigating and reached out to her mentors after the photo popped up on her timeline. Eventually, one of her contacts recognized that Minor Huff was the woman pictured with 37 male scientists. At the time, she was working as a biological specimen analyst at the Fish and Wildlife Service.

“I figured it was probably something I could track down pretty easily, and I have an appreciation for the history of the field,” said Allen, according to The New York Times.

What happened to her?

Allen sent the information she found to Andersen, who then tracked Minor Huff down using social media. It turns out that Minor Huff led a 35-year career in science working for the federal government and rose through the ranks, becoming a high-level environmental protection specialist before she retired in 2006.

She launched her career shortly after graduating with a B.S. in biology and then began working as a biological research technician. When she first applied to work at the Bureau of Sport Fisheries and Wildlife, however, she was asked to work as a typist. Her response: “No, I went to school too long to be your secretary!’” reports the NYT.

While working full time, Minor Huff earned an environmental science master’s degree at George Mason University. According to Smithsonian.com, she worked with K-12 schools to improve science education. “In the next two years she participated in a two-island study researching mammals of the Poplar Islands, and presented her findings at the American Society of Mammalogists Meeting in 1975,” reads the report.

Throughout her impressive career, Minor Huff worked with top government officials on a range of wildlife and environmental projects. At one point, she oversaw a Department of Interior office in Chicago. She later retired at 58 years old as a GS-14 federal employee, one of the highest designations possible at the Department of the Interior.

Today, the 71-year-old grandmother lives in Virginia and enjoys volunteering at her church and belly dancing. Although many of the names and contributions of black women working in STEM have been obscured from history, Minor Huff says that not being recognized in the photo is “no big deal.”