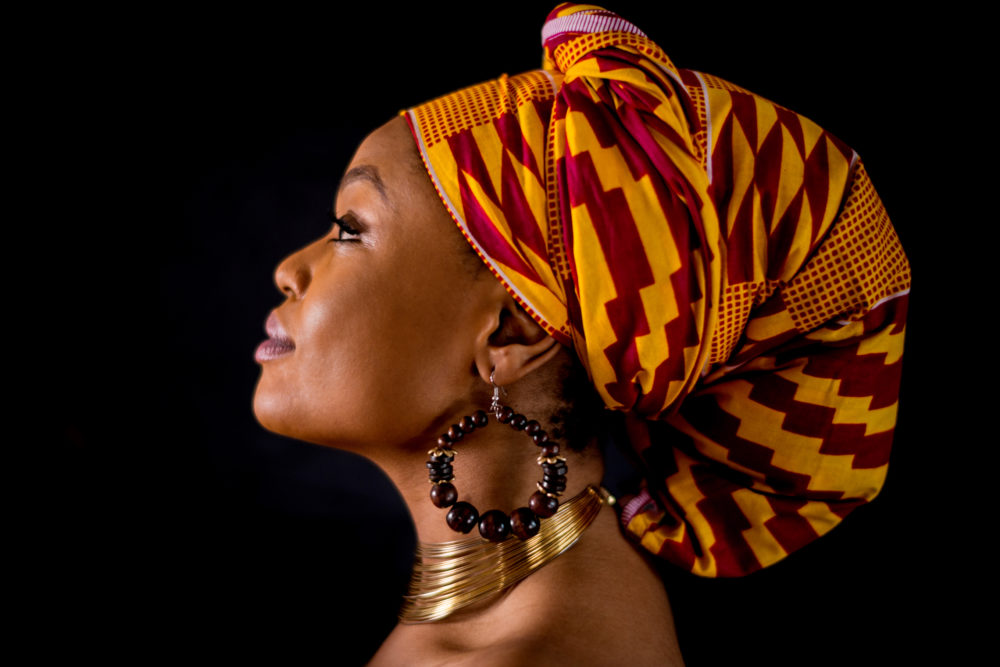 Embrace your power! Own your truth! Tell your story! Your time is now! Virtually every black woman has a personal arsenal of go-to affirmations she knows by heart. It’s part of our culture to pray it out, praise it out, shout it out, work it out—whatever makes us keep on keepin’ on and rising after every fall. But the struggle to truly embrace our worth and accept the full measure of our contributions and, yes, our power remains just that—a struggle.

From Maxine Waters and Alicia Keys to “O” and “MO,” it’s nearly impossible to find a successful woman of color over age 30 who doesn’t credit Susan L. Taylor with helping to shape her sense of self and possibility. Among her many accolades, the iconic former editor-in-chief of Essence is an American Society of Magazine Editors Hall of Fame inductee and a recipient of the 2015 Black Enterprise Woman of Power Legacy Award.

Yet, Taylor admits that, even at 73, it’s only in this season of her life that she fully acknowledges the role she played in building the Essence brand. “That acknowledgment is always private, internal. It is in my quiet time that I have looked back in wonder,” says Taylor, who joined the magazine with only a high school diploma as a newly single mother of a 1-year-old baby.

“It is only now do I embrace the magnitude of my work at Essence over the 37 years I served as fashion and beauty editor and chief editor of the magazine. My response to applause over the decades has always been that it humbles me when people give me raves. Typically, I’ve said that I get more credit for the success of Essence than I deserve because magazine making is a collective process, but that I do have a brilliance, which is building high-performance, dedicated teams.

“This stepping back from our amazing selves, not being more forthcoming about our lives and what it has taken to reach whatever plateau we’re at—while juggling so much—is typical while many men boldly and easily step forward to take their high-achievement bows.”

That reluctance is hampering our collective and individual progress and degrading history in a way that diminishes our presence, and our might. Only we can change that and, as Taylor and others insist, we must. Is the cost of corporate success your silence?

“What is it that prevents us as black women from stepping up and owning our power by speaking powerfully about it?” Taylor asks. “Well, It’s just not part of black women’s culture. It’s not what we’ve been taught to do.”

Black Women Need to Recognize the Significance of Their Presence

Social media, the rise of TED and the public speaking industry have amplified the voices of an emerging generation of women, offering platforms to share their stories and shape their brands in new and powerful ways. However, black women of every age are often reticent to leverage them—especially those in corporate roles.

Women of color in America’s largest companies remain largely isolated, rendering them highly visible (and potentially vulnerable) on the one hand, and easy to ignore on the other. Eager to advance, but lacking internal role models and ample support, they must carefully consider their organizations’ culture as they cultivate their personal brands. Often confined by restrictive employee guidelines, they are rarely encouraged to trumpet their achievements and frequently made to feel uncomfortable about doing so. The dilemma: if we don’t promote our own successes, who will?

Denise Young Smith rose through the ranks at Apple for 20 years before even starting to realize the significance of her presence. “Apple was such an intriguing environment and you do get absorbed in that head-down, just-do-the-work thing,” says Young Smith, who left as the “iGiant’s” head of human resources a year ago. “Nobody was rushing to tell me that this initiative or that one parlayed into X,Y,Z level of success. So, part of my evolution was understanding the impact that my talent and skills were making on the company. Then it hit me that, oh my God, I’ve kind of been slack on this issue of telling my story. But it took others holding up the mirror to show me.”

Young Smith recalls conversations with Apple Vice President Lisa Jackson and Bozoma Saint John, who was then leading marketing at Apple Music. “Lisa and I would be very circumspect and then we’d look at each other and say, laughing, ‘You’re the sh–!’ And Boz would look at us and say, ‘Right, and why aren’t you all out there talking about it?’”

Saint John, who left Apple in a highly publicized 2017 move to become chief of marketing at Uber, joined Endeavor in a similar role last June. Her latest move also garnered extensive media coverage, gobbled up and reposted by her 172K (and counting) Instagram followers, which include Young Smith. Now, often referred to as a “business celebrity,” Saint John will host and produce her own documentary series on Starz. Unabashedly on brand, it’s to be called, Bozoma: Being Badass.

“For years, I didn’t even think about my story no less how to amplify it,” says Young Smith. “Boz does so beautifully and that’s a great thing for so many to see. Our stories must be told because, one, we will be written out of history if they’re not and, two, young people—including men—need to see and understand what we’ve done. I have an aversion to self-promotion, so framing is important. What we fail to see is that our stories are the signposts for success for future generations.”

Missing Links: Calling Out the Black Women’s Gap in History

Few are more keenly aware of how resistant black women can be to the spotlight than Julieanna Richardson, founder of The HistoryMakers, the world’s largest video archive of first-person African American history. While Richardson and her team have captured more than 1,000 first-person interviews with women, they’ve recorded almost double that number of men. Identifying the gap last year stopped Richardson in her tracks and led her to commit to closing it.

“It’s embarrassing to me as a woman,” says Richardson, the 2014 Women of Power Legacy Award honoree who began the archive in 1999. “I’ve questioned whether there is something I did wrong. I started out recording the Negro Baseball League players, Pullman Porters and Tuskegee Airmen, trying to get them before they were all gone. They were all men. Was that the reason?”

While significant numbers of women are represented in The HistoryMakers education, law, and civic engagement collections, there are several glaring omissions including astronaut Mae Jemison, pioneering corporate executive Ann Fudge, and Michelle Obama who, Richardson says, was first invited when her husband was a senator.

While Obama’s journey has been well documented (most recently in her own successful memoir, Becoming), history has routinely marginalized the contributions of black women.

“In the historical reporting of the civil rights movement, the women never got their due,” notes Richardson, who interviewed Medgar Evers’ widow, the former NAACP Chair Myrlie Evers, 85, in 2018 after years of trying. “Even the widows became representational, not by what they did, but by what they survived.”

Many women who figure prominently in history—especially business history—supported their husbands’ HistoryMaker interviews but refused their own. Among them, Eunice Johnson, wife of Ebony founder John Johnson, and (no relation) Joan Johnson, co-founder with her husband, George, of Johnson Products.

Even Barbara Graves, who worked alongside her husband, Earl, at Black Enterprise for more than three decades and helped found the Women of Power Summit, declined. “She smiled demurely and said no,” Richardson recalls. “I told her, ‘Mrs. Graves, there would be no [Black Enterprise] without you also.’”

“It’s been deeply instilled in us to be humble, to never brag about ourselves and our achievements,” Taylor explains. “In fact, many high-achieving women diminish themselves and elevate their men—especially when their careers outpace their men’s. We have to learn how to be comfortable embracing our accomplishments, speaking about them so we are inspiring others and presenting roadmaps to achievement while remaining humble, and supportive of our men at the same time.”

Fudge, a 2008 Women of Power Legacy Award recipient, who, as CEO of advertising giant Young & Rubicam was the first black woman to head a major American company, also declined Richardson’s entreaties for years. While Fudge works tirelessly to support and create inroads for black people in the education, political, and business spheres with a focus on advancing women and children in particular, she has done so mostly in private.

Fudge, now a director on corporate boards including General Electric and Unilever, as well as a member of the Women of Power Summit Advisory Board, has recently had a change of heart about becoming more visible and more vocal. “For years, I felt there were enough voices out there without mine,” she says. “I feel very much compelled by the critical times we’re in. It’s still not easy, but I’m at a point in my career where I feel most powerful when I speak my truths.” Fudge recently agreed to become a HistoryMaker.

The HistoryMakers will mark its 20th anniversary next year. Richardson is determined to reduce the women’s gap by then, but she suggests that if she was launching the nonprofit today, the numbers might be reversed.

With black women outpacing black men in attaining degrees, entering corporations in larger numbers than ever, starting more businesses, and running for office in record numbers—and winning—it’s possible. But it would still require them to promote those achievements broadly, without fear or guilt, and that’s easier said than done.

Even Michelle Obama, in the epilogue to Becoming, downplays herself as “an ordinary person who found herself on an extraordinary journey.” Yet despite her admitted distaste for ceding her private life to a public one, she, and history, are the better for it. The lesson, she writes: “There’s power in allowing yourself to be known and heard.”

*This article originally appeared in the January-March 2019 issue.

Register Now for the Women of Power Summit