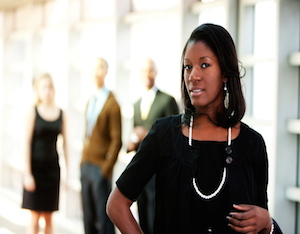 This past April heralded a little known holiday called Equal Pay Day, which represented the extra three months that the average woman has to work if she wants to earn what the average man already has earned.

An analysis released by the National Women’s Law Center eagerly points out that black women only earn 64 cents to every dollar earned by non-Hispanic white men. The figure for women overall is 77 cents, which is based on the average earnings of female and male full-time, year-round workers taken from Census data.

The pay gap for women, as a whole, varies based on age and industry. Older black women (40+) have it the hardest, while women 15-24 bring in 82 cents on the dollar when compared to white men. Black women who are employed in the medical field–as physicians and surgeons–only make 52 cents for every dollar paid to their white male counterparts. They only fared slightly better in industries such as construction (86 cents) and personal care (85 cents).

While education doesn’t make much of an impact on the wage gap between black women and white men, the former make up 14% of low-wage workers and must have at least a bachelor’s degree to make as much as white men who didn’t finish college. The NWLC analysis also pegs Louisiana, Wyoming, and Mississippi as the top three states for worst wage inequality — with Washington, D.C. right behind them with a gap of 55 cents to the dollar.

For more information about the gender wage inequality, click here.