Why Black Women Earn Less But Pay More For Products 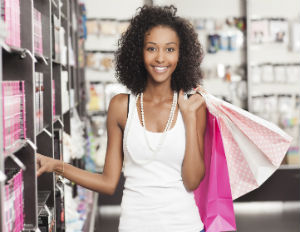 Full-time working women earn only about 78% of what their male counterparts earn, according to the White House. The pay gap in and of itself makes it tougher for many women to pay bills and save money. But the issue is further exacerbated by the so-called “pink tax.â€ The pink tax refers to the extra amount women are charged for certain products or services. Things like dry cleaning, personal care products, and vehicle maintenance. So women not only make less but they pay more, especially black women.

A woman starting her career today stands to lose more than $430,000 over her working years due to the gender wage gap (when women earn less than men for doing the same job), according to a report from the National Women’s Law Center. The lifetime loss of earnings is even worse for women of color. Latinas lose more than $1 million in wages, while black women lose more than $877,000. A pink tax, which over a lifetime, means that women spend tens of thousands of dollars more on certain goods and services than men do.

According to a study of gendered pricing released by New York City Department of Consumer Affairs last year, shampoo and conditioner marketed to women cost an average of 48% more than those marketed to men, while women’s jeans cost 10% more than men’s, and girls’ bikes and scooters cost 6% more than boys’. Overall, the study found that products marketed to women cost more 42% of the time. With razors, the blue plastic version might cost $1.99, and the pink razor might be $2.50.

To justify the bump in price, some manufactures argue that women’s razors are often larger and have more stuff around the blades to help women shave a larger area. Then there’s the case that hygiene products for men and women–even ones designed to do similar things–are distinguishable by fragrance.

Of course, some items–such as tampons and other feminine hygiene products–don’t have a male version. Women are spending about $3,000 over the course of their life on pads or tampons.

The best way to avoid this is to simply buy the men’s version of certain products. Nix deodorants for women for example or buy cologne that smells less musky and more flowery rather than getting perfume. Or buy products that are gender neutral. Also, do some homework and shop around for the best prices on things like dry cleaning.

It may be nickels and dimes, but that money adds up. Every penny counts, especially when you consider women not only have less earnings but also less savings then men, even alarmingly more so for black women. A recent study showed the median wealth (assets minus debts) for single for black women was only $5.