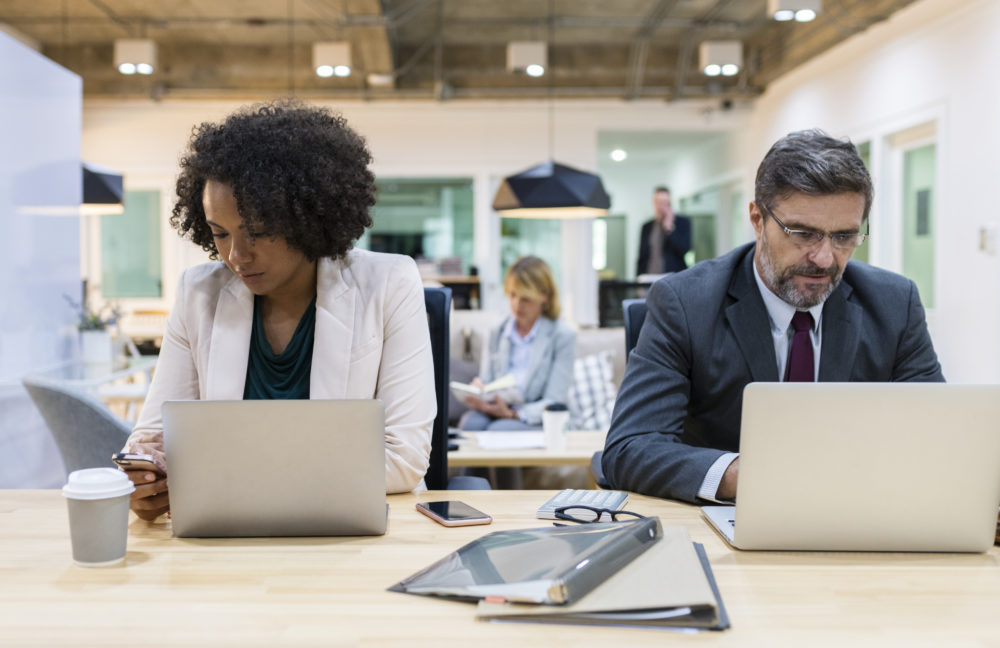 A new study confirms the many workplace inequities of which professional black women are already familiar. The Women in the Workplace 2018 study published by LeanIn.Org and McKinsey & Co. shows how women, and particularly black women, face huge disadvantages at work.

The study touches on the pay gap between black woman and everyone else. Black women receive 39% less pay than white men and 21% less than white women. This pay disparity exists even if black women do the same work and have the same level of education as white men and women.

Pay equity is just one issue black women face in the office. The Women in the Workplace study also found:

The Women in the Workplace study surveyed 64,000 employees. Also, 279 companies employing more than 13 million people shared their pipeline data and completed a survey of their HR practices.

“I would like a manager who respects and values my opinions, especially in my realm of expertise. I’d love to be asked, ‘What are your thoughts?’ Or, ‘We’re having this meeting. Can I pull you in on this?’ But that doesn’t happen,” reported one black woman in the study.

The study’s authors offer advice to businesses on breaking down barriers—often caused by inherent bias. Their advice:

Read the full Women in the Workplace 2018 report here.