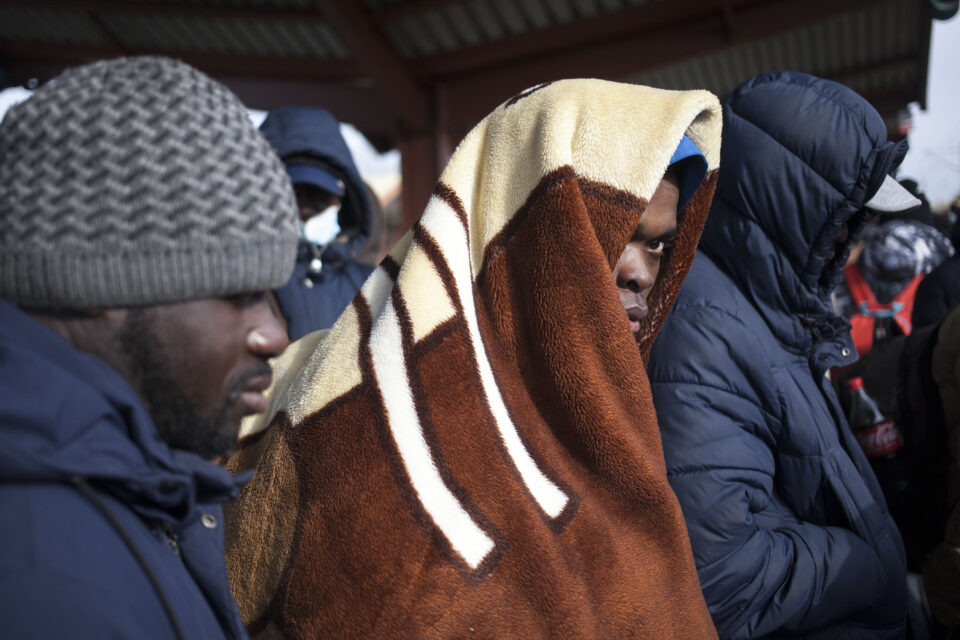 Three Black women came together to aid African students stuck in Ukraine dealing with racist mistreatment amid the Russian invasion.

One member of the trio was actually a Black student who successfully fled Ukraine after a grueling journey. Twenty-six-year-old Korrine Sky was studying in the eastern city of Dnipro when Russia invaded Ukraine last week, Sky News reports.

Sky began documenting the difficult journey she and other Black students experienced while attempting to flee the country.

When 29-year-old Londonite Patricia Daley and her friend, 40-year-old Tokunbo Koiki, learned of Sky’s journey to escape Ukraine, they reached out to her on social media to offer some help. Together, the three women organized a campaign to aid the students of color who were facing racist opposition from Ukrainian authorities trying to prevent them from safely crossing the border.

Now the trio of changemakers has helped “more than 500 Black students” to successfully flee Ukraine by “funding transport costs, like arranging taxis and other emergency needs,” they told the outlet.

Black students had been reaching out, sharing the harrowing mistreatment they’ve been subjected to during the Russian invasion.

“People said they were pushed, sent back, and physically assaulted on both sides of the border in Ukraine, Romania, and Poland,” Koiki said.

Daley said students reached out, revealing the racism they experienced while trying to flee safely. Some even reported segregated lines for Ukrainians and non-white people.

“I do think they have been treated differently at borders because of their skin,” Daley said. “Racism is now happening even in situations where there is war.”

Videos on social media have shown Ukrainian officials threatening to shoot groups of African students for trying to board trains and other modes of transportation to safely flee the country, NBC News reports. Other videos show a woman shielding an infant from the cold and officials chasing groups of Black people stranded in Ukraine.

Filippo Grandi, the U.N.’s high commissioner for refugees, has since issued a statement condemning the racist mistreatment taking place in Ukraine.

“There should be absolutely no discrimination between Ukrainians and non-Ukrainians, Europeans and non-Europeans. Everybody is fleeing from the same risks,” Grandi said.