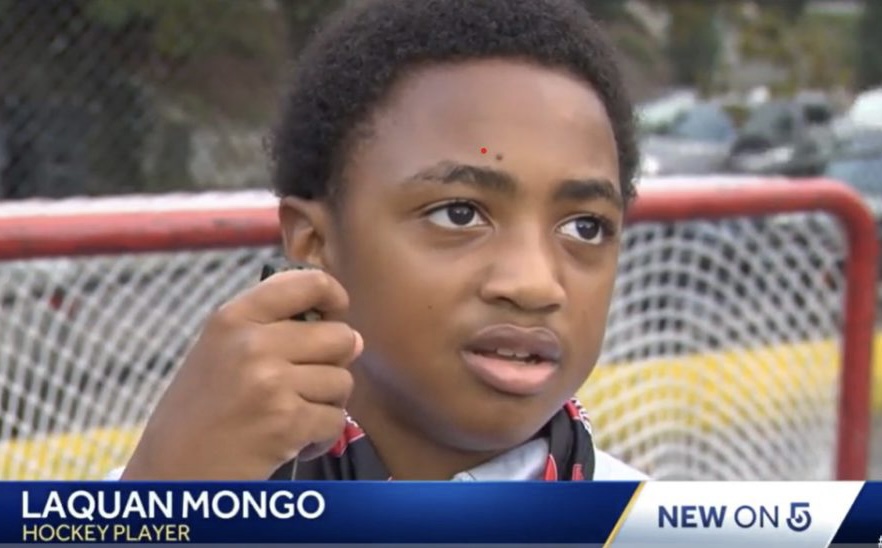 A hockey team in Massachusetts allegedly sent the photo to players in a group chat,  which included one Black player, who told WCVB he was shaken by the image.

“I felt scared and sad because I’m the only Black kid on the team,” Laquan Mongo, 12, told the outlet.

His mother, Natasha Lassiter, said it brought her to tears.

“I was mortified because he’s a kid and the other kid’s a kid. They’re kids. They’re just kids. They don’t deserve any of this.”

Crimson Hockey Club East is a youth hockey league in New England that is a part of the division of the Eastern Hockey Federation.

The Federation addressed the issue. In a statement the commissioner of business operations, David Turk stated:

“As a league, we have a zero-tolerance policy for this type of behavior.” He later revealed that the player who sent the image was released from the hockey club and the league

“We are not investigating the incident, as per USA Hockey rules. The Crimson Hockey club passed along the information to the U.S. Center for SafeSport and USA Hockey National Office to investigate the incident,” he further later told Newsweek. “The league will follow whatever decision they come to.”

In addition, Turk said the player who sent the image is no longer a member of the Crimson Hockey Club or the Eastern Hockey Federation

On the Crimson Hockey Club website it states their core values are to, “Strive to make sure every player and parent feels at home in our program and gets the maximum coaching possible. We believe in a balanced training regimen that includes nutrition, off-ice training and video analysis on top of on-ice practices and skills. Players, parents, coaches, and family members are all expected to abide by following basic values and principles: integrity, respect, work ethic, honesty, learning, family, and leadership.”