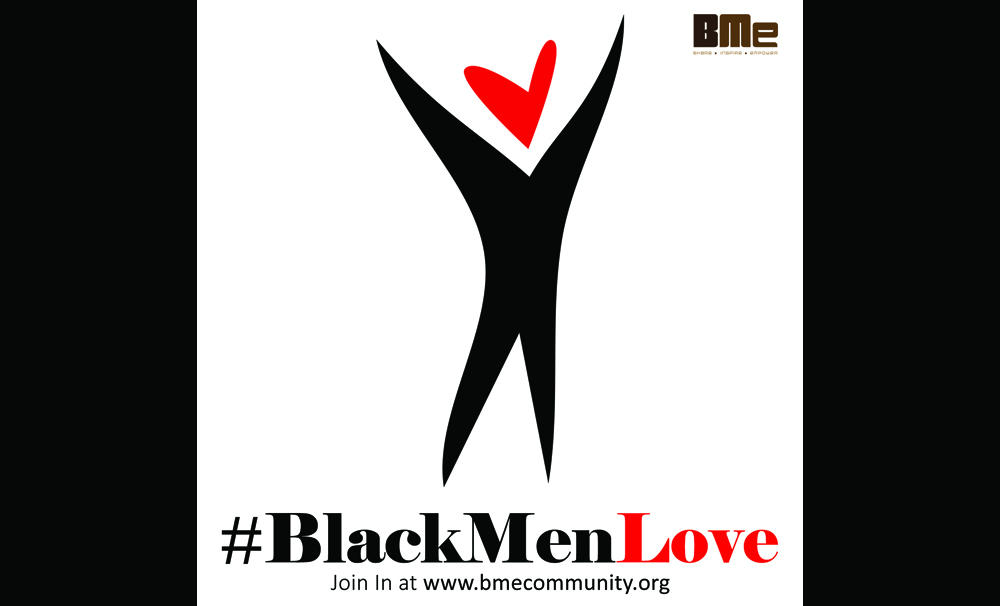 It sounds like a sexy relationship hashtag, but it’s not. It’s actually something better. It’s a social movement that demonstrates how black men are capable of all kinds of love and that they are deserving of and receive all kinds of love.

#BlackMenLove is the brainchild of Trabian Shorters, the founder of BMe Community, a network of all races and genders committed to building better communities across the U.S. Shorters, former vice president of the Knight Foundation, was attending the Aspen Ideas Festival this past spring when he realized that, among the many community-wise and society-based ideas and issues discussed, none of the panels treated Black men as assets, even the panels dealing with issues of the Black community. He also discovered that “black men” and “love” weren’t words that were often associated with each other outside of the relationship category. Realizing that a huge facet of being black and male was rarely portrayed and missing from discussions everywhere, he asked black male members of the BMe Community to weigh in on how deeply black men love.

Shorters, who has built a reputation as the “go-to” guy for community engagement initiatives, organized a show of love that garnered media coverage and made a definitive mark on social media. On the last Friday of July (Black Family Month) at 12:05PM – Shorters set off what he called a “social media flash mob,” where at least 100 Facebook and Twitter accounts posted and tweeted #BlackMenLove messages, stories, quotes and affirmations. And several notable black men posted #BlackMenLove op-eds throughout the weekend. The men who helped show how #BlackMenLove included former NAACP CEO Ben Jealous; actor and activist Lamman Rucker; and BME’s own national outreach representative, Shaka Senghor.

Remind the world of who, what, and how deeply #BlackMenLove during this weekend of Black Family Month! #ReachWithUs http://t.co/tr57LIUoP9

#BlackMenLove recieved 4,400 shares, 33,000 Likes and more than 800,000 views. It consisted of 1,500 tweets, reached 1.5 million Twitter accounts, and made 4.9 million impressions. Shorters harnessed yet another method for raising awareness, rallying communities and inspiring audience engagement. And in case you didn’t know, now there should be no doubt anywhere that black men do indeed love.