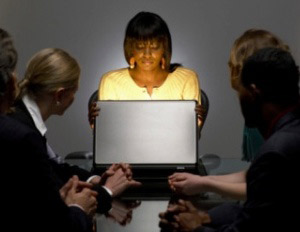 There was recently an online conversation on Twitter on the subject of diversity and Silicon Valley. It was sparked by TechCrunch founder Michael Arrington‘s comments from the trailer for CNN’s Black In America 4 documentary which airs this Sunday (11/13/11) at 8pm EST. The sound bite that was heard around the world and started the whole debate was, “I don’t know a single Black entrepreneur.â€

After watching the video clip, where he states, “I don’t know a single Black entrepreneur,â€ and reading his blog post, “Racism: the Game,â€ I truly don’t believe that Michael Arrington is a racist based upon those two slices of information. What I do believe is that whether he thinks he was bamboozled or hoodwinked into the CNN interview, it is clear that he was stating how he truly felt–right, wrong or indifferent. The reality is that Arrington is not alone in his sentiment. He may be the most outspoken but, definitely not alone.

Why am I jumping into the conversation? First, let me provide you some context of who I am. I’m a 39-year-old mechanical engineer from Detroit and co-founder of a startup called Gokit (the startup world would call me a non-technical founder because I don’t code.) I was one of the 11 startup founders in the NewME Accelerator this past summer, which was the first minority led tech accelerator. I had a very eye-opening experience living in Silicon Valley. For anyone in the tech startup space spending time in Silicon Valley is imperative if you have the opportunity. It provides you a contextual understanding of the startup ecosystem: veteran entrepreneurs, angel investors, startups, events and venture capitalists (VCs).

During the nine-week program, I had the opportunity to be immersed in the startup culture spending time at Facebook with their platform developer, Mitch Kapor, a mentor who commercialized the spreadsheet at Lotus, and much more. I found that there are some very good people in Silicon Valley that see talent and are willing to provide information for those who get access.

The reality of Silicon Valley hit me the first week of the program when I heard two terms/phrases that embodied my trip and the obstacles that many African American founders face in launching successful startups: “meritocracyâ€ and “pattern matching.â€ 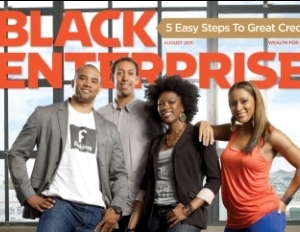 In the U.S. it’s pretty safe to say we don’t live in a meritocracy and Silicon Valley and the startup space is not exempt from that. I will go on the record and say that Silicon Valley is absolutely diverse in terms of an ethnic perspective, but there is a total void of an African American presence.

Our experience is captured in CNN’s Black In America 4: The New Promised Land: Silicon Valley. This documentary is groundbreaking. Think about this point; when way the last time you saw a group of African Americans on primetime TV and they were not athletes or entertainers?

Is Silicon Valley unique in the sense of this issue on diversity? According to data in the CB Insights, a report on startups that focuses on gender and race, the answer is absolutely no. The reason that I make this statement is that the report covers New York (Silicon Alley) and Boston, and the issues are the same in those markets. Currently, there is a huge demographic that is totally excluded from the startup space in terms of representation, this group is African American founders, which make up 1% of VC backed startups nationally.

In The Year 2042 Minorities Become the Majority

Where do we go from here? According to the U.S. Census, by the year 2042 minorities (primarily Blacks and Hispanics) will be the majority of the population. How will this change the mindset of the startup space as we move towards that date? Tristan Walker refers to this point in his recent interview with Laurie Segall of CNN Tech Money.

“[2042 is] the year underrepresented minorities–Blacks and Hispanics–will no longer be the minority. They’ll be the majority, and if that’s the case, we need to start thinking about putting folks–Blacks and Hispanics, among others–in positions of leadership and/or leading companies [toward] that goal and that year… There aren’t very many folks who look like me in positions of leadership all around the Valley, and I think that’s something that needs to be discussed and hopefully changed.”